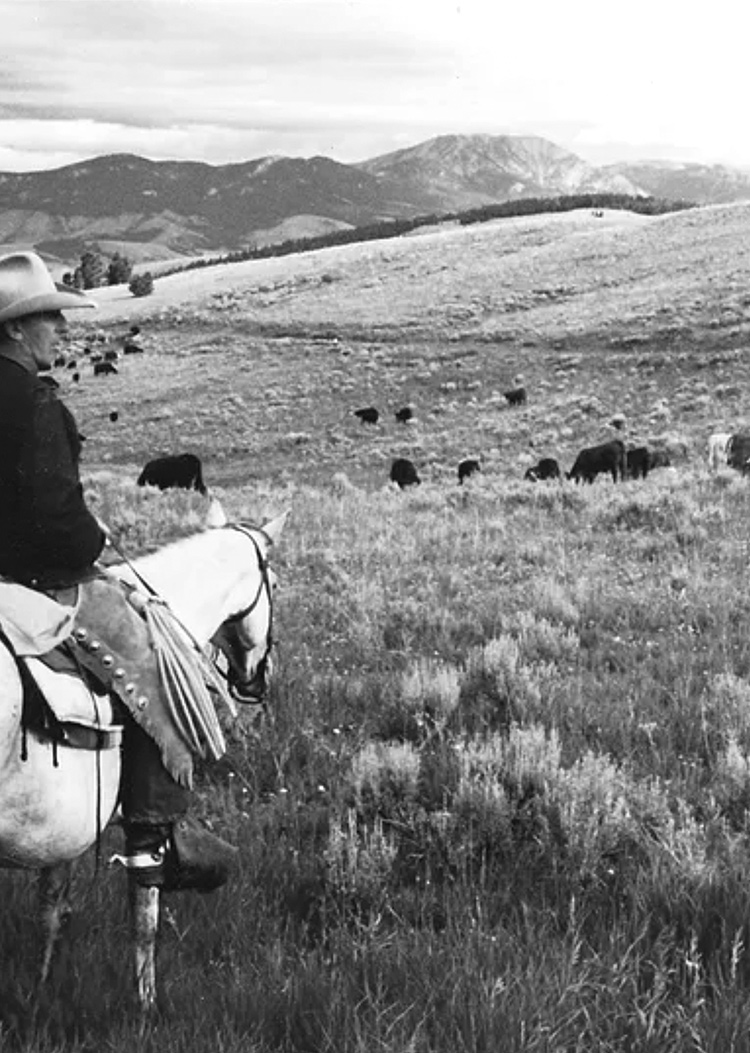 In 1923, Bill Hadden was born on his father’s ranch near Sanish, North Dakota. Bill was riding, roping and doctoring cattle from the time he could sit on a horse. He broke and trained colts for his own use and neighboring ranches. When Bill turned 18 years of age, he decided to try the rodeo life. Bill helped Mr. French, a rodeo contractor, find and try out bucking horses for French’s rodeos.

In 1940 Bill Hadden and Keith Chamley were hired by Ben Brune to put on rodeos in North and South Dakota. Bill said that “Keith would ride anything with hair for five bucks”. Bill says that in those days, money would run ten to twenty dollars and first prize money was about thirty-five dollars.

In 1946, Bill wed Grace Cramer. They decided to promote their own rodeo company. Bill and his brother-in-law Bill Schule became partners in this endeavor and traveled to Shell Creek on the Fort Berthold Reservation to purchase rodeo stock. Bill and some other young cowboys tried out a couple dozen horses to find the best bucking stock available. Louie Dragswolf offered some of the best bucking horses from his own bucking string to help Hadden get started. Van Hook, Parshall and Stanley were towns with rodeo grounds and, sometimes, local ranches were transformed into rodeo venues. Bucking chutes were unloaded and vehicles were parked in a large circle to provide a makeshift arena.

During the time Bill was a rodeo promoter, he was also cowboying for Earl Henderson and Angus Kennedy. They ran about 3,000 head of cattle on the “Big Lease”. From 1940 to 1953, Hadden rode with some of the best cowboys in North Dakota: Chubby Fox, Fred LaRock, Bill Larmer and Jack, Tony and Phil Fettig.

Bill Hadden influenced scores of young men who wanted to learn the ways of the cowboy and to be taught the rites of rodeo. Hadden made his living working on some of the biggest outfits in the west: Arizona’s ORO, Montana’s Flying D, and Oregon’s Roaring Springs. Breaking and training horses was a way of life at which he excelled.

Grace and Bill raised three daughters. He kept on cowboying until he was almost eighty years old. The Haddens resided in Sheridan, Montana, until Bill’s death in December, 2013.