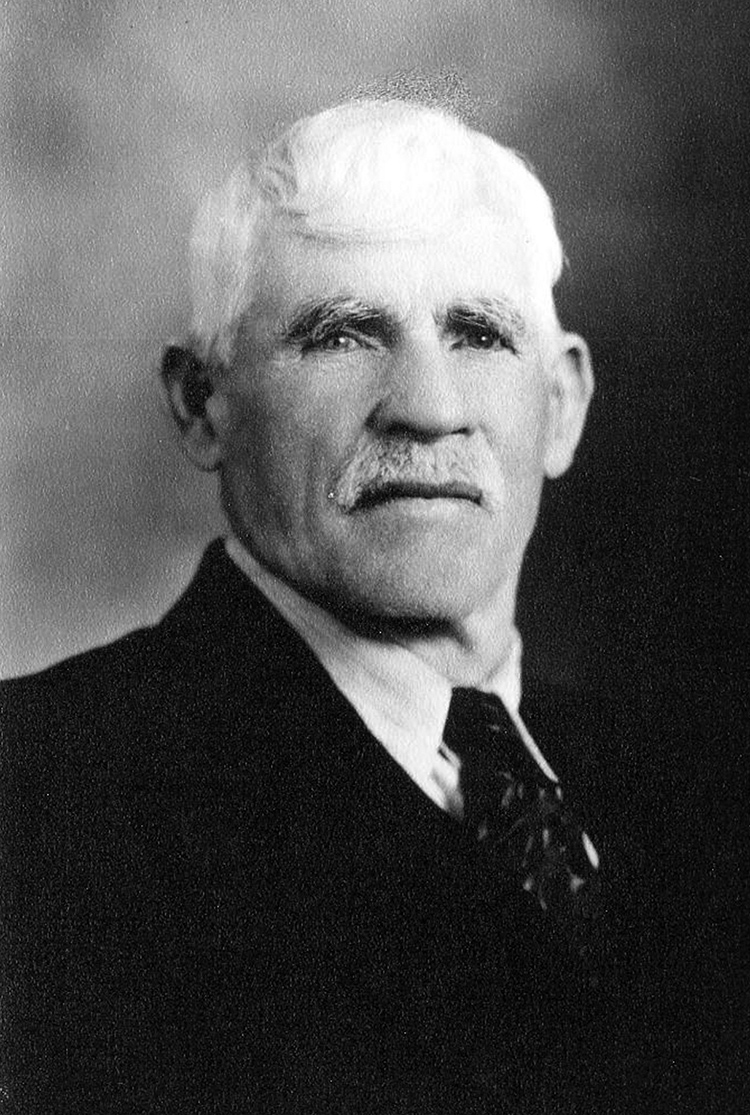 William Connolly was born in 1861 on his family’s homestead near Henderson, Minnesota. At age 16, he was employed by the Northern Pacific Railroad as it progressed through Dakota Territory. He headed for Montana and lived in the Moccasin Mountains on the Judith River, cutting railroad ties and cordwood for the NPRR.

Connolly and Charles Russell were fellow ranch hands on the 2 Dot Wilson Ranch. He was with Russell the day Russell got the inspiration for the painting “The Day They Roped the Grizzly.”

After a stint in the hay cutting business on a U.S. Army contract at Fort Benton, he’d had enough of Montana. He shipped his wagons and mowers by boat and trailed his horses overland to a ranch site in the Killdeer Mountains. In 1886, he purchased a ranch from Bill McCorey and moved to the site where his great grandson now lives.

Connolly traveled to Bismarck in 1890, conferred with the Governor and Secretary of State and returned to Dunn County with the first registered cattle brand in the state of North Dakota: the 2 Bar. Prior to this, counties had been registering brands.

In the 1890’s, he and Wilse Richards had registered Hereford bulls shipped from Chicago to Killdeer and they became the foundation of his cattle empire. Connolly also bred English thoroughbred studs with Percheron mares and sold the draft crosses in the Red River Valley and Iowa.

Connolly and his wife, Catherine, raised a family of four children after their marriage in 1900. He didn’t resist the arrival of the homesteaders but, somewhat ironically, did fight the encroachment of the railroads as he believed the railroads would eventually leave, and the little towns would not long survive.

This robust and rugged gentleman was helpful to other settlers, allowing them to get fresh spring water from his well. The water was free, and his generosity impressed his new neighbors.

Connolly was appointed the first county commissioner of Dunn County and was instrumental in establishing the Connolly School District #3 and the Bank of Killdeer. He was a charter member of the Western North Dakota Stockmen’s Assn. and the fifth North Dakotan to be inducted into the National Cowboy Hall of Fame in Oklahoma City. He died at his ranch in the spring of 1946.