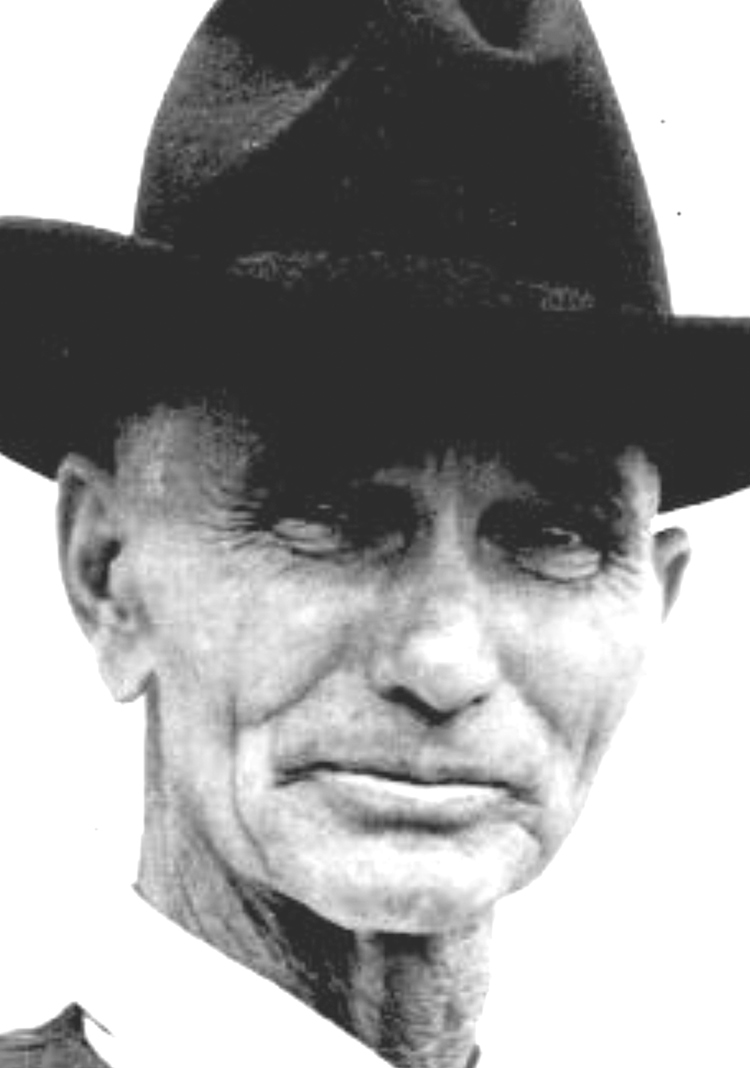 William Lemuel ‘Bill’ Taylor was born on January 23, 1874, in Rolla, Missouri, the first son of James and Martha (Hoagland) Taylor. On the family home place in Sumner County, Kansas, Bill played cowboy by riding a corn-stalk horse, roping his mother’s geese and shooting a wooden gun.

Shortly after Bill turned 13, his father died, and Bill left school to work the farm with his mother. In the fall of 1893, he traveled to Texas and North Dakota. He was tall, lean and straight; a good horseman and shooter; a fiddler; and a dependable worker.

He wrote home for his 16-year-old brother, Jess, to join him. They were hired by Doc Blaylock of the Converse Cattle Company to trail 3,000 head of Longhorns from Texas to the AHA Ranch in McKenzie County.
After the drive, Bill continued working at the AHA and then at the Long X, making three more trail drives. He later worked at other ranches in the area.

Bill served in the World War I Home Guard and as deputy sheriff, justice of the peace and marshal. He was active in 50 Years in the Saddle, Rough Riders, Killdeer Mountain Roundup Association and at the Killdeer Mountain and Sanish rodeos.