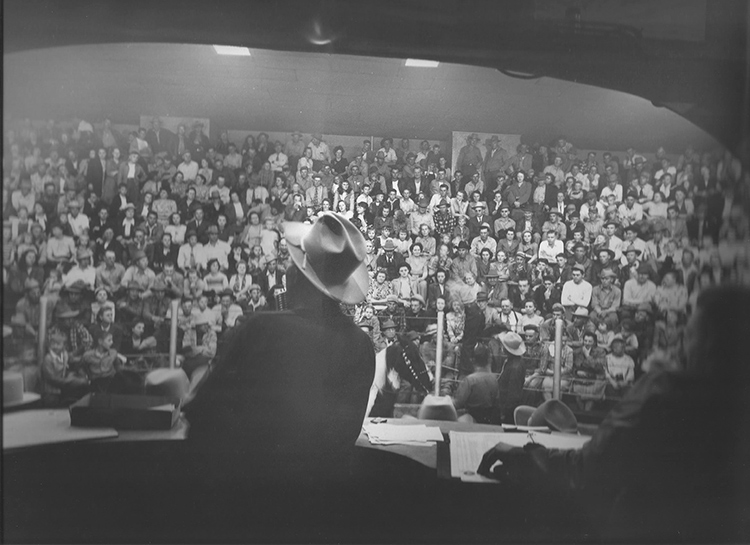 Willard Schnell is one of 11 children born to Ray Sr. and Clara Schnell, Dickinson. Schnell’s father and two partners founded the Dickinson Livestock Sales Company in 1937 and, from that time on, the auction and livestock market business played a major role in the family.

Schnell launched his auctioneering career at age 18, learning his auction chant from his father and brothers Howard and Robert. Over the years, he sold auctions of all types, including cattle, horse and sheep; farm and real estate; and charity and fundraising. It is estimated that he sold more than four million head of feeder cattle and calves and tens of thousands of horses during his 62-year career.

Schnell married Swana Enderud of Watford City in 1951. The couple had seven children—Judy, Sidney, Sonya, Larry, John, Susan and Collin. In 1960, Schnell moved his family to Montana where he operated the Miles City Livestock Center for seven years.

He returned to Dickinson and in 1977 purchased Schnell Livestock with son Larry along with Armon Wolff and Delmar Erickson. They changed the name to Stockmen’s Livestock Exchange.

When not working behind the microphone, Schnell was heavily involved in rodeo both as a contestant and as a promoter and manager. He was a state champion calf roper and cow cutter and competed in steer wrestling and bronc riding. Schnell helped create or manage top-notch rodeo events, including the Dickinson Match of Champions, Home On The Range Champions Ride, Dickinson Teddy Roosevelt Rodeo, Minot Indoor Rodeo and Miles City Bucking Horse Sale.

In 2001, Stockmen’s Livestock purchased Western Livestock and today they sell from 130,000 to 160,000 head of cattle each year. Willard no longer sells, but is still a partner in the operation of the two facilities along with son, Larry, and James Erickson.