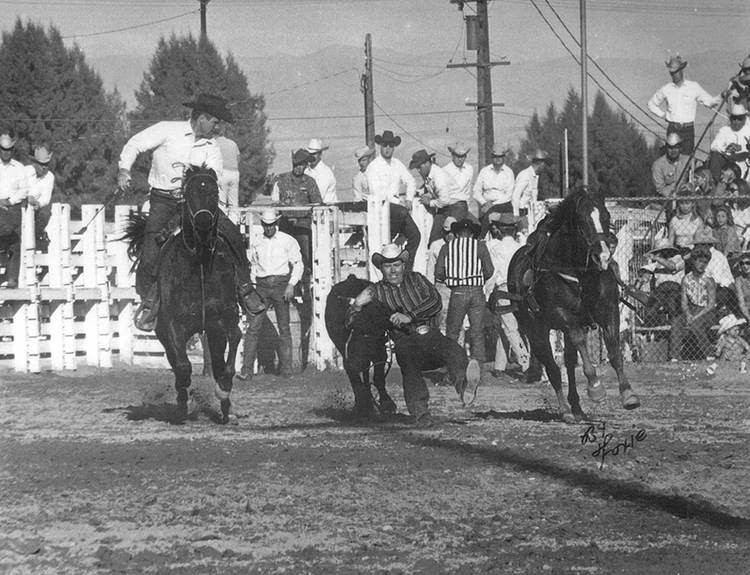 Wilfred ‘Sonny’ Ehr Jr. was born in Minot on February 12, 1941, a son of Wilfred Sr. and Fay (Smith) Ehr. From the beginning, he was a fierce competitor and seemed destined for rodeo.

He realized the importance of an education and enrolled at Oklahoma State University, Stillwater, Oklahoma, in the fall of 1959. In 1960, Sonny participated in a Toots Mansfield roping school and earned his Rodeo Cowboys Association card in 1961.

That fall, he transferred to the University of Arizona-Tucson for more winter rodeo practice. Sonny swept the competition in steer wrestling and calf roping to win the all-around title at the 1963 UA rodeo, NIRA West Coast Region and NIRA national champion steer wrestling title. He graduated with a B.S. degree in animal husbandry.

By 1970, Sonny was one of the RCA’s top 15 steer wrestlers, winning round 3 and ending at 11th in the nation. In the Professional Rodeo Cowboys Association’s Badlands Circuit Finals, he was the 1976 team roping champion and the 1978 steer wrestling champion and all-around cowboy.

Sonny married rodeo competitor Mardean Ott on August 9, 1968, and they have two daughters, who are also involved in rodeo competition.