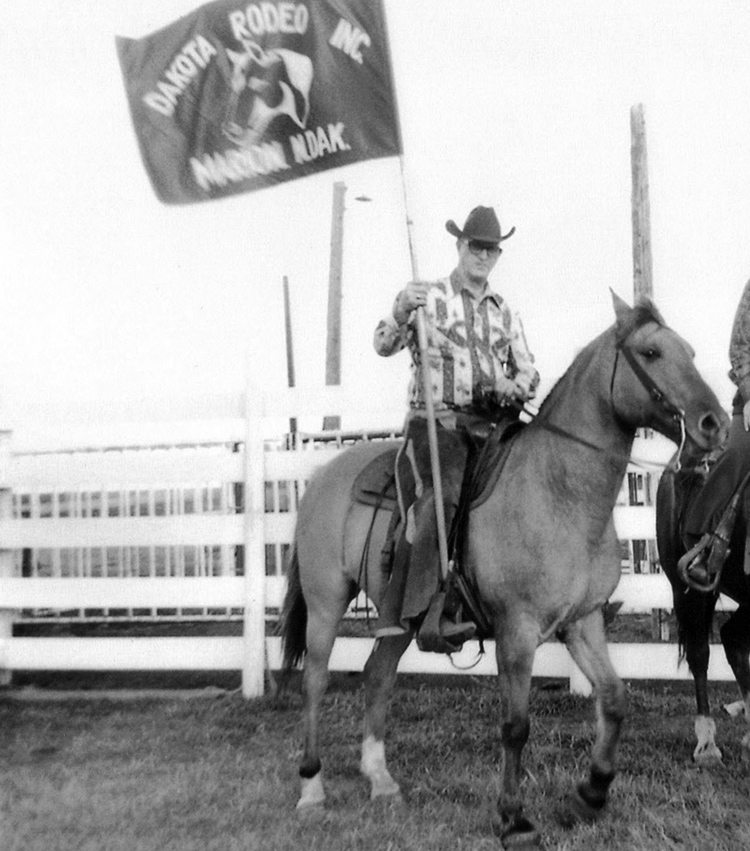 Leaders of Ranching and Rodeo

Walter Piehl, Sr. was born July 23, 1915, in Marion, ND, to John and Fern (Mart) Piehl. He was educated in Marion and grew up farming with horses. Piehl married Hattie DeVries in 1939, and they had three children. They purchased land and farmed for a time.

Through his love of horses and trading, Piehl became a country horse buyer in the 1940s when tractors were replacing horse-drawn machinery. He expanded this livestock business by importing and selling dairy cattle and raising registered Angus cattle.

Piehl was a lifelong rodeo enthusiast and started buying horses at Miles City, MT, in the early 1950s for saddle and rodeo prospects. He eventually partnered with Olaf Berg of Kathryn, ND, and began producing local rodeos in the early 1960s.

Piehl incorporated as Dakota Rodeo and bought out the Utke rodeo bulls of Fargo. He produced NDRA rodeos and supplied stock for other producers for both NDRA and open rodeos in ND, SD and MN for 30 years. He helped Delton Schultz design and setup the arena for the first of many PRCA rodeos in the Bismarck Civic Center. Piehl was a pick-up man and partnered with a string of other pick-up men, including his son, Steve, and Jim Mosbrucker.

Piehl’s wife, daughter, Fern, and daughter-in-law, Becky worked as rodeo secretaries and timers. His son, Walter Jr., was the announcer and son-in-law, Allen Olson, fought bulls. Piehl supplied stock to J.C. Stevenson, Lee Selland, Bob Rindt and others and to community rodeos across ND and in MN.

He continued to horses for draft horse and bucking speculation well into his late 80s. The last of them was tried at the Ruthville Rodeo in 2005 and sold at the bucking horse sale in Williston that year. He was generous with his time and financial support to neighbors, friends and rodeo. He died in Minot on April 27, 2006.