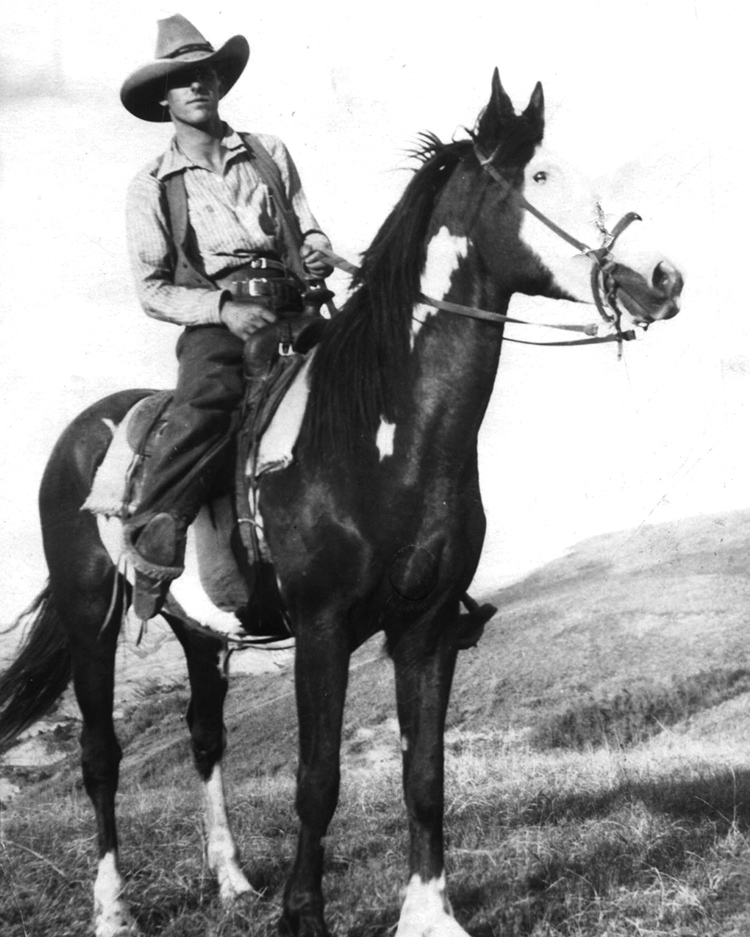 Walt was born August 11, 1911, in Medora, a son of William and Margaret (or Margarette) (Schrieber) Neuens. He and his siblings were raised on the family ranch 17 miles north of Medora. Walt attended a rural elementary school north of Medora and high school in Medora and Belfield, graduating in 1930.

Walt started his rodeo career at about age 14, working a wild west show with his brother Jack and Buck Weaver. Rodeos were on the weekends and special occasions and Walt was the ‘hand,’ doing most of the riding and roping.
He married Evelyn Connell of Medora on October 24, 1931. They ranched on the Neuens family home place until 1947. During that time, Walt supplemented ranching income by competing in rodeos throughout North Dakota and into South Dakota. He assisted with the Match of Champions as well as local rodeos, shows and 4-H meetings.

In March 1947, a rampaging Little Missouri River nearly wiped out the ranch. After rebuilding, the family sold the ranch and moved to the Bismarck area. Walt worked as a brand inspector, a house contractor and as Bismarck Horse Club barn manager.

In 1956, the couple opened a western store in Mandan, moving it to Bismarck in 1961. At one time, they also ran the Ferris Store and helped produce the Ranch-o-rama in Medora.

Walt was a member of many local and state horse-related and other organizations, including Badlands Trail Riders, Bismarck Horse Club, Bismarck Mounted Police and North Dakota Stockmen’s Association, and was a supporter of the Home on the Range Champions Ride. He furnished stock, did arena work and was president and rodeo manager for the Medora Horse Club Rodeo and served as president of the North Dakota Cutting Horse Association. In the 1950s and ’60s, he served 10 consecutive years as NDRA president.
Walt and Evelyn raised four sons. He died June 8, 1990, in Bismarck.