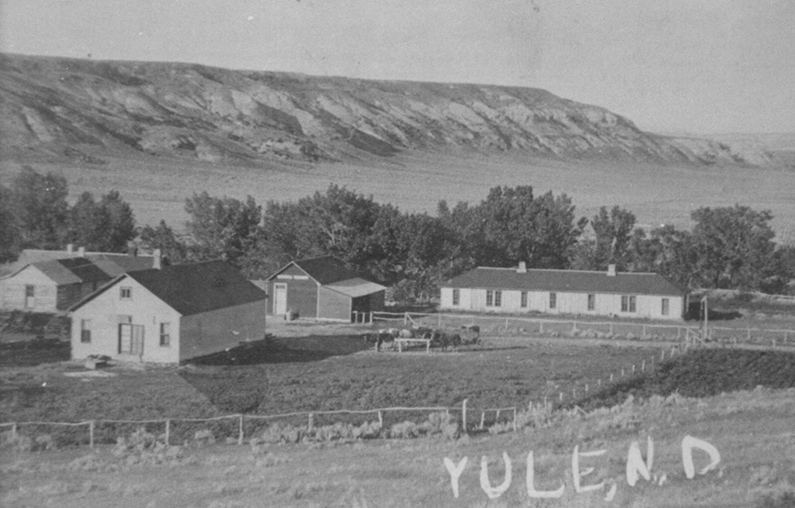 The history of the VVV Ranch, along the Little Missouri River in southwestern North Dakota, began 122 years ago. In the heart of the North Dakota Badlands between Medora and Marmarth, the ranch was first established as the JXL Ranch in 1883 by a wealthy Englishman, Sir John Pender, and operated by Gregor Lang, according to 50 Years in the Saddle.

In 1898, the VVV brand was first recorded by Andrew Johnston, a Watford City area rancher. He and Nelson Langdon bought the ranch in 1937, reestablishing it as the VVV. Andrew sold his interest to Nelson and Reggie Langdon in 1943. Now owned and operated by the Weinreis Brothers, this historical ranch once hosted Theodore Roosevelt during his buffalo hunts along with Joe Ferris, his hunting guide.

Lloyd and Violet Weinreis and their sons purchased the ranch and cattle from Russell Kiker in 1975, and the seven Weinreis brothers and their families are actively involved in the ranching, farming and finishing feedlot operations. George and Jim have homes on the VVV, where they raise quality commercial stocker and feeder cattle and grow spring wheat, durum, lentils and corn. Lee, Jerry and Gene live at the Peaceful Valley Farm just south of Golva, where they run a feed-lot operation and grow spring wheat, durum, lentils and corn.

Danny and Chuck live at Minatare, Nebraska, where they work in the feed yard and look after the irrigated corn crops, which are used for feed at the finishing feedlot. These joint efforts come together to produce the high quality, wholesome beef enjoyed by people across the country.

The tradition of hard work and ranching practices continues with the spring brandings, weaning and fall round ups. The Weinreises are active in the Little Missouri Grazing, Medora Grazing, Dakota Team Roping and the North Dakota Stockmen’s associations.

The Weinreises have installed many miles of pipeline and freshwater stock tanks, developed an irrigation system using Little Missouri water and established a back grounding feedlot on the ranch. To conserve their land, they have developed a rotational grazing system to better utilize the grasslands. The Weinreises work to improve their beef cattle herd through a strict culling program and the latest available Black Angus genetics.

Lloyd and Violet, with foresight and fortitude, brought the VVV Ranch dream to life, and the brothers now work to keep it alive.