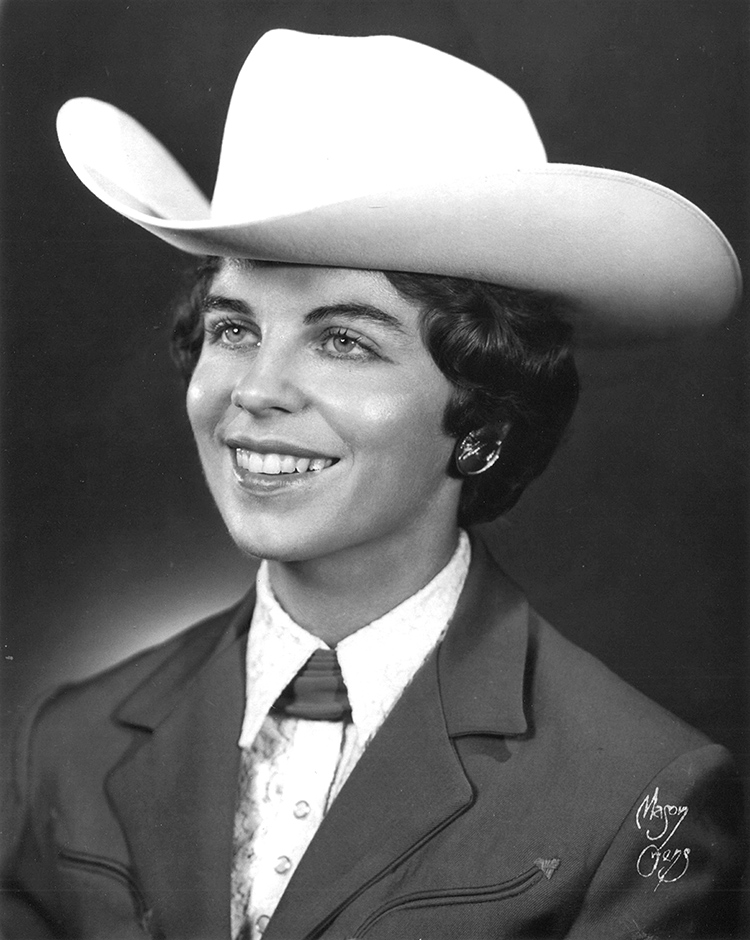 Virginia Eck was born, raised and has lived her entire life in North Dakota. She is the fourth oldest of six children born to Samuel and Enola Eck. Ginny, as she is better known by friends and family, started her ranching and horse career at age five. Her mother loaded Ginny, her pony and foal into a two seat Studebaker automobile and headed to the Bismarck Horse Show, having removed the seat so Ginny’s pony and foal had room to stand. Ginny fondly remembers getting a trophy for her first place “Cutest Cowgirl”. Virginia and her mother operated and managed the forty acre ranch east of Bismarck on Apple Creek Road, where Ginny resides today. They raised beef cattle, dairy cattle and horses.
​
Eck received her Bachelor of Arts Degree from Valley City State Teachers College in 1961, and taught first grade for forty-one years in the Bismarck Public School system at various elementary campuses. She was an amazing teacher for up to three generations of families who grew up in Bismarck. One of her students, on becoming a college graduate, described Miss Eck, as a “tough love first grade teacher, and thank God for the tough love teachers!”
​
Eck has an impressive rodeo history. She won the Miss Rodeo North Dakota title and crown in 1963, and competed at the National Finals Rodeo in Las Vegas for Miss Rodeo America. Virginia won the North Dakota Rodeo Association Champion Barrel Racer title in 1966, 1971, 1972 and 1973 on her AQHA bay mare, “JoAnn’s Choice”. She was a member of the Girls Rodeo Association in 1971 and competed in barrel racing at PRCA rodeos in ND, SD and MT.
​
In addition to her rodeo history, Eck has been a member and served on the Board of Directors for the North Dakota Barrel Horse Futurity Association, the North Dakota Quarter Horse Association, and the North Dakota Cutting Horse Association. She served the North Dakota Cowboy Hall of Fame from the organization’s inception through 2013.
​
Virginia recognizes Harold Schafer, who owned the original Blackburn Ranch north of Bismarck, as “an amazingly generous man” and the most influential person in her life. Schafer had supported and assisted her throughout her college, ranching, and rodeo experiences in life.
​
Although Eck never married or had children of her own, she has taken hundreds of boys and girls, teenagers, young adults, and adults under her wings of wisdom and expertise. She also volunteers at the United Tribes College Equine programs, and at the Burleigh County 4-H programs as needed.