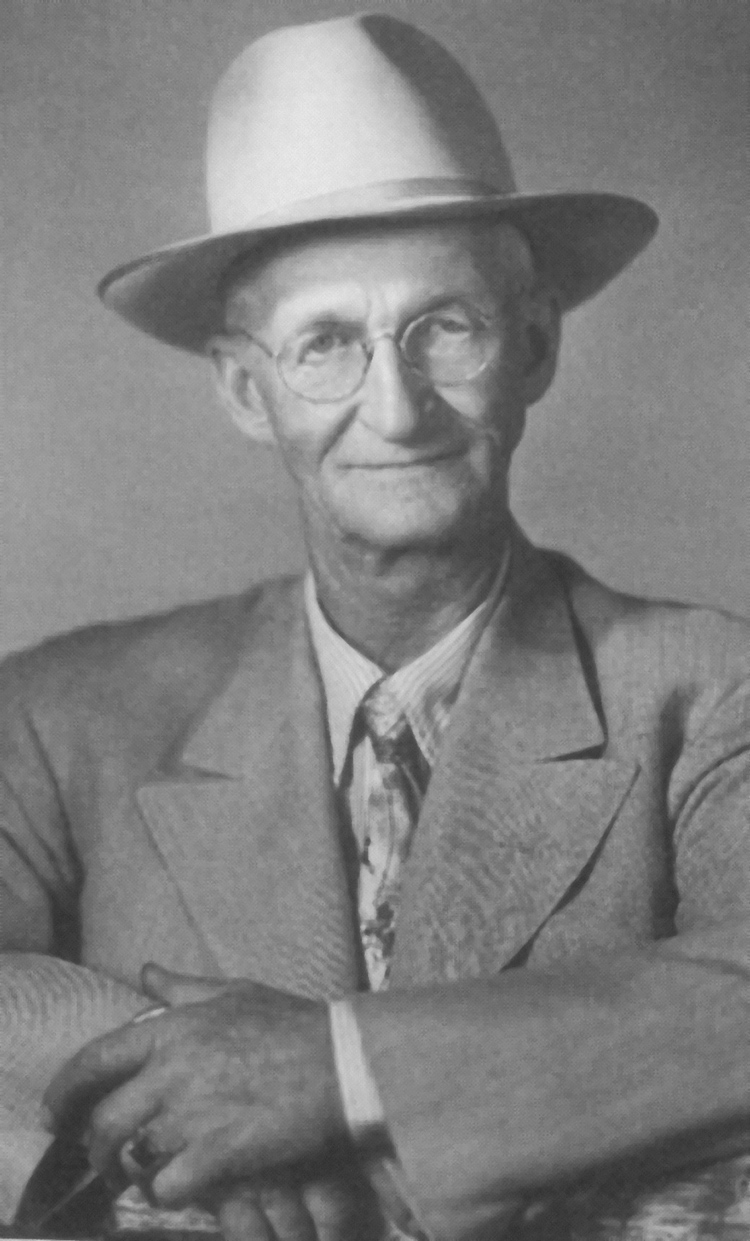 Vic Christensen was the son of pioneer ranchers Hans and Johanna Christensen. The Christensen family arrived in Dakota Territory at Fort Lincoln in the 1870’s. The family moved to a Dunn County site in the 1880’s and then to the Figure Four Ranch near Fort Berthold in McKenzie County. Initially, the Figure Four was principally a horse ranch.

Vic was born in 1895 and attended the University of North Dakota and the University of Minnesota where he earned a law degree. He then returned to the family ranch and, upon the death of his father, took over the operation 30 miles north of Killdeer.

In addition to land holdings in Dunn County, the Figure Four also leased land on the Fort Berthold Reservation where Vic led the annual big lease round up.

Following World War I the price of horses dropped and the Figure Four became a cattle ranching operation. It became known as one of the finest cattle operations in the state. The Christensens maintained a home on the ranch and in Watford City. Vic became known as “The Flying Cow-boy” because he often used a small plane to travel between Watford City and the Ranch.

Vic became president of the North Dakota State Cattlemen’s Association. He died in 1953.