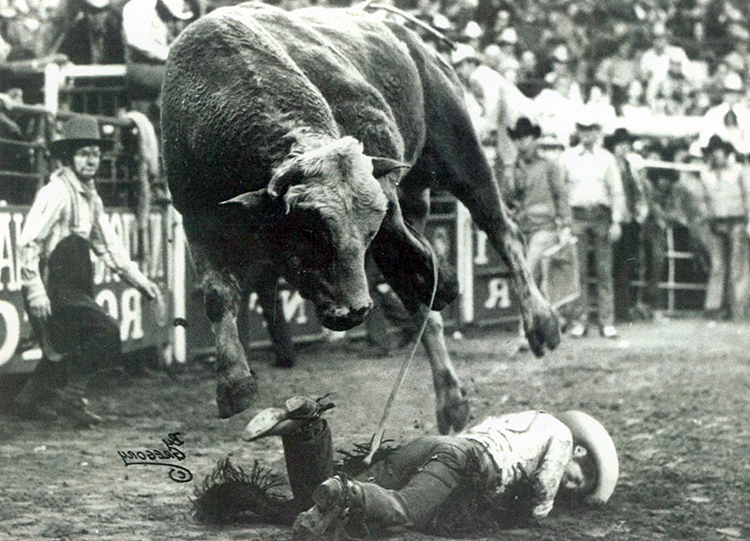 Purchased by North Dakota’s own PRCA Champion and Stock Contractor Bob Aber in 1973 and weighing in at over 2400 lbs., “Top Hand”, a grey Simmental Charolais bull was as athletic as they come. Quickly becoming one of the best bulls in the business, Top Hand traveled the rodeo circuit in North Dakota, South Dakota and Montana and finally the National Finals Rodeo in Oklahoma City.

Top Hand competed at the NFR consecutively from 1974 through 1977 – placing 3rd best of the NFR in 1975, 2nd place in 1976 and taking the top honor of “Best Bull of the NFR” in 1977. He was known for hard jumps right out of the chute, after which he would go into a roll. Top Hand was successfully ridden by only a few riders in his eleven-year career, having been bested by Dave Wagner, Wally Badgett, Jim Leaterbary and Rob Erickson to name a few.