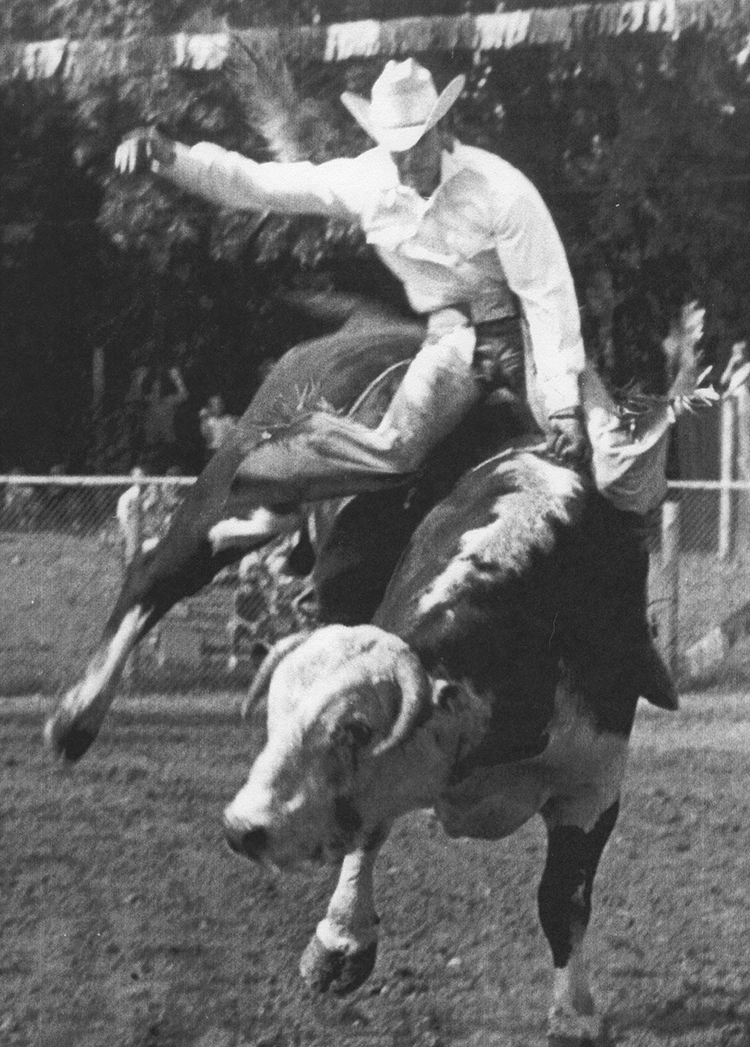 Ronald Thomas “Tom” Solberg was born April 30, 1944, in Killdeer, North Dakota. He grew up at Grassy Butte, and graduated from New England’s St. Mary’s high school in 1964. He was the ND High School Bullriding Champion in 1963 and 1973-1981 finalist at the Badlands Circuit Finals in Deadwood, SD. He also participated in the Cheyenne Frontier Days, Calgary Stampede, and the Houston Stock Show and Rodeo.

Tom had two beautiful daughters with Elda Fay Solberg. He worked on the Wally Carson ranch near Grassy Butte; as well as owning a cattle ranch in northwestern Minnesota from 1970-1982 where he trained race horses on the side.

Solberg served in the ND National Guard from 1965-71. In 1997, he married Katie, and they now reside in Potter, Nebraska.