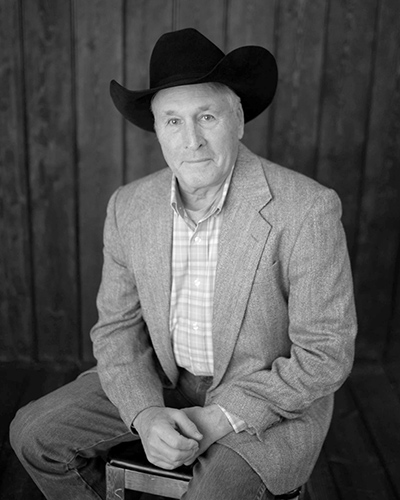 Tom Needham was born on November 5th, 1950, in Minot, ND, to Donald and Florence Needham. He grew up and was raised with his twin sister, Theresa, and other siblings, Judy, Barbara, and Bruce on their farm/ranch south of Parshall, ND.

Tom started out his rodeo career in high school, competing three out of four years at Nationals and winning the first of his many Calf Roping championships, his junior and senior years. Moving up to the college level at Dickinson State, Tom qualified and competed in the 1971 CNFR in Bozeman, MT. After graduating from Dickinson State with a BS in Business Education, Tom married Virginia Miller of Lemmon, SD in 1972. From that union, Nacole, Natasha, and Nathan.

Tom’s rodeo career took a turn when he joined the PRCA in 1968. Traveling to big name pro rodeos all over the U.S. and Canada, Tom went on to become the Badlands Circuit Calf Roping Champion in 1976. In 1977, at Ponca, Nebraska, Tom set a new world record for the fastest calf roped and tied in professional rodeo.

Tom was also skilled in training his own horses. Earning three titles for NDRA Calf Roping Horse of the Year. In 1997, his horse, “BJC”, was ridden at the NFR by Jerome Scheenberger.
Growing up, Tom’s biggest support system was his family. From his siblings helping push and untie calves in the practice pen, to his mom driving him around, and his dad giving him the opportunity to follow his rodeo dreams. He learned horsemanship and roping skills from Mack Kinnabrugh, Colleyville TX, and Junior Garrison, Marlow OK.

Tom has always believed practice, hard work, determination, and family support (with many thanks to Virginia and family) have been the keys to his success as a Champion.