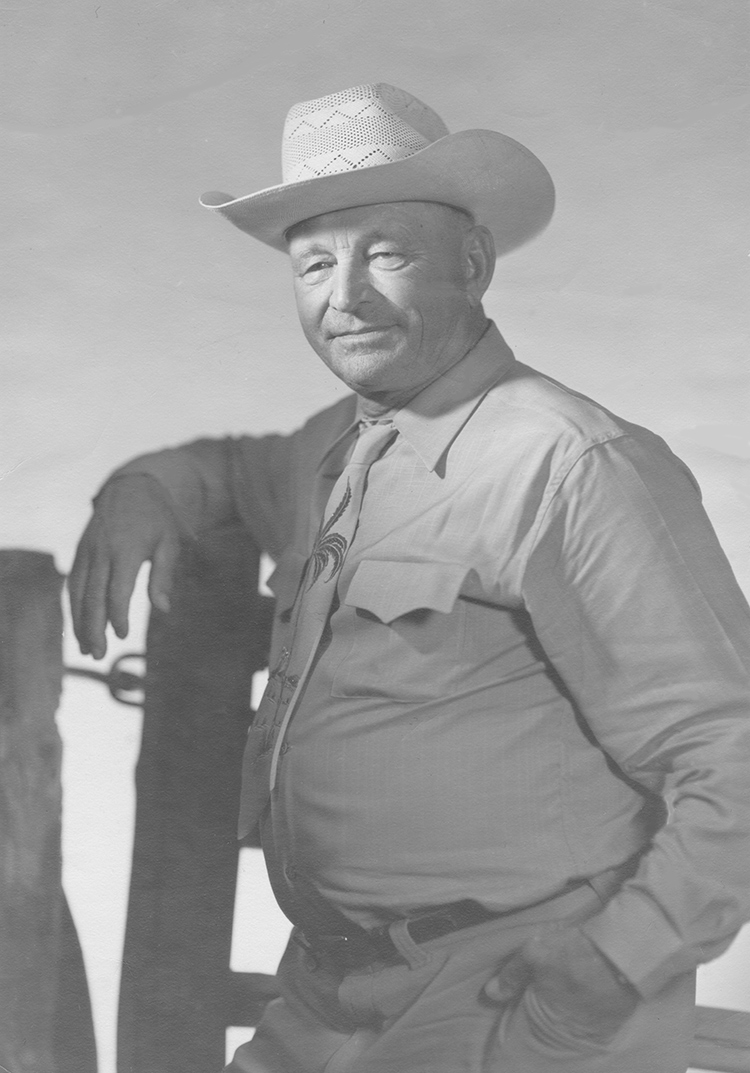 “Thore Naaden, who said he wouldn’t trade ranching for any other life has gone on his last roundup …” is the opening line in a November 1954 article in Bar North, the North Dakota Stockmen’s Association magazine.

Thore was born into a sailor’s family in Stavanger, Norway, in 1886, but spent his life on the range with his parents and their neighbors—first in Dakota Territory, later in Montana, and finally back in North Dakota.

At 21, Thore left the family homestead to work for neighbor John McCrory whose ranch was southeast of Winona in Emmons County. He worked for three years for $25 a month with an extra $5 per-month bonus at the end of each year.

From 1910-12 he rented cropland from McCrory, and although he had all the small grain seeded by March 1910, there was no rain until fall, and not an acre was harvested. 1911 was just as bad.
In 1912, Thore’s desire to ranch took him to Canada to find land, and in 1913, to Montana where he and Birdie Tracy were married at the home of a friend in Livingston. They ranched on Birdie’s 160 acres until late 1917 when they moved to Braddock, North Dakota, to manage the ranch owned by Olen Johnson.

In 1953, Thore noted, “Ranching is not all romance with a Palomino quarter horse and silver studded saddle.” Despite challenges posed by weather, two wars, and volatile livestock prices, the family persevered. Thore and Birdie bought 3,300 acres from the Johnson estate in 1938; eventually purchased another 1,700 acres; and raised livestock and crops with sons Chris, Ted, Burt, Pete and Bjorne, until retirement in 1946. The ranch was then operated by their sons and is operated by Thore’s great-grandson, Theo Naaden, today.

Thore was active with the North Dakota Stockmen’s Association (President), North Dakota Farm Bureau (Charter Member and Director), American National Cattlemen’s Association, American Quarter Horse Association, National Cowboy Hall of Fame (Charter Member), Advisory Council for Agricultural Research and Education at the NDAC, and 4-H. The Naadens reared eight children on the ranch. They also hosted rodeos on the ranch in the early 1920s. Thore was a lifelong promoter of education, and of farming and ranching as a way of life.