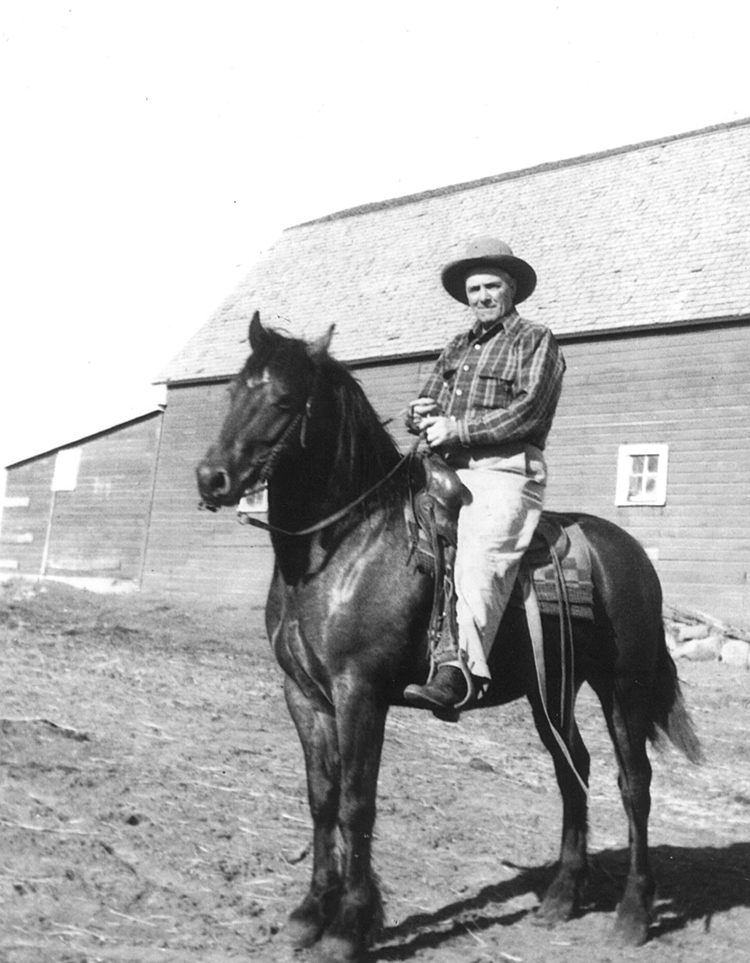 Theodore ‘Ted’ Henry Albers was born December 31, 1881, in Illinois to Johann and Margaretha (Wagoner) Albers. They homesteaded in Oliver County, Dakota Territory, in 1884 where Ted was raised.

Ted raised, sold and traded horses, served as Pinto Postmaster and was the proprietor of three stage lines carrying mail, passengers and freight. He also served as stock contractor and judge for early rodeos.

He married Helena Schmeling in 1909 at Churchtown, they had three children. They farmed and raised some of the finest registered Hereford cattle in the area.

Ted served three four-year terms as Oliver County sheriff between 1916 and 1936, during which time he investigated one of the largest livestock rustling cases in the area.

While sheriff, Ted was also involved in Albers Hereford Ranch, Hannover, with his son Martin. In 1929, Californian Bert Gaines of the Gaines Land Company hired Ted as foreman. In five years, he had built an operation that ran up to 500 award-winning cows.

In 1934, Ted and his family returned to their own operation with 40 pure-bred heifers from Gaines. The Albers ranch has earned national awards for its Hereford cattle.

Ted was a people person whose home was always open to those in need, he often hired people in need. He died September 16, 1946, and is buried in the Hannover Cemetery.