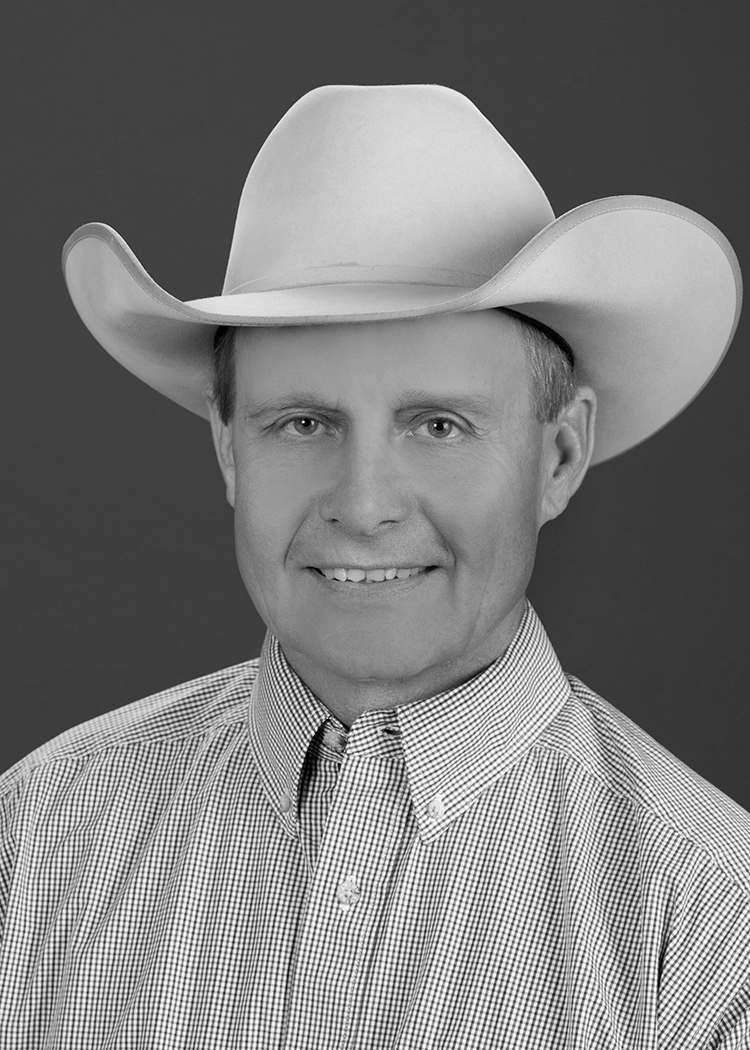 Steve Brooks comes from a long heritage of farmers and ranchers in Slope County. Steve’s great-great grandfather homesteaded in Sheets Township in 1904, and his great-grandfather homesteaded six miles west in 1905. Steve’s grandfather, Harold, bought land 6 miles north in the 1930’s. His dad, Wayne, and uncle, Howard, added more land 25 miles west in the 1960’s. Steve, his brother, Ryan, and cousin, Robert, bought the Chris Roen ranch in 1983. After some splitting in 2001, Steve and his wife, April, and Ryan and his wife, Becky, and their families own and operate Brooks Chalky Butte Ranch. The ranch is currently about 9,000 acres of pasture and 5,000 acres of farm land.

Steve took an early interest in the cattle side of the ranch. He went to Artificial Insemination school in High School and has AI’d cows for 49 years. After two and a half years of college at NDSU, he left early as he had a chance to lease some land.

Steve started the current Registered Angus herd in 1974. The first bull sale was held in 1979 and they have continued for the last 40 years. The ranch has also had four Female Sales in this time. They have sold bulls or females in 29 states including Hawaii and countries of Russia, Canada and Mexico.

Steve has been heavily involved in trying to improve the cattle industry in North Dakota and Nationally. He is a fifth generation rancher and has a daughter, Skeeter, and nephew, Carter, at the ranch.