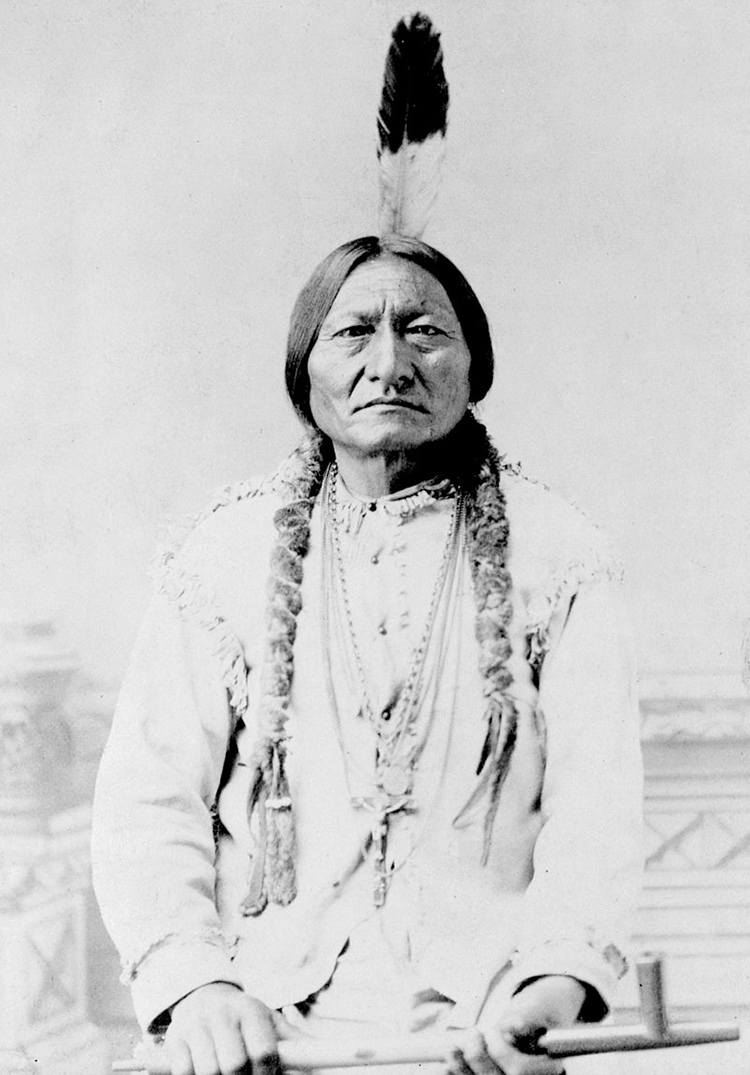 Born in the Grand River Valley along the North and South Dakota border in the 1830’s, Sitting Bull was the last of the great Sioux spiritual leaders. A leader of Indian forces at the Battle of the Little Big Horn in 1876, he became one of the world’s most famous men.

A defender of his people and their way of life, Sitting Bull was a chief of the Hunkpapa Sioux and one of the last to surrender to the U.S. government. He was considered brave, generous and wise and distinguished himself early, killing his first buffalo at age 10 and ‘counting coup’ (touching a live enemy in battle) at 14.

After the Battle of the Little Big Horn, Sitting Bull and members of his band moved to Canada. By 1881, in need of food and lonesome for family and friends, they surrendered at Fort Buford. Upon arrival at Fort Yates, he was arrested. When released, he joined Buffalo Bill’s Wild West show and toured the country.

Sitting Bull was the subject of countless newspaper headlines and a major attraction wherever he traveled. He learned to write his name and sold his autograph for 50 cents (about $14 in today’s coin), giving the money to the poor and indigent in the cities he visited.

He later returned to his cabin along the Grand River and was a major obstacle for Indian agents and others who wanted more land ceded and rations cut. He refused to sign new agreements and counseled others to do the same.

In September 1883, Sitting Bull carried the American flag down Bismarck’s Main Street during the parade for the Territorial Capitol cornerstone laying.

In 1890, Indian agent James McLaughlin ordered Sitting Bull’s arrest. When agency police burst into his cabin on the morning of December 15, Sitting Bull was shot to death during a scuffle.

In April 1953, Sitting Bull again made headlines when ‘business leaders’ from Mobridge, South Dakota, came in the night and dug up a grave they believed to be Sitting Bull’s. His relatives, however, claim they did not find the right grave and that the remains of the great Sioux chief and spiritual leader are still in North Dakota.