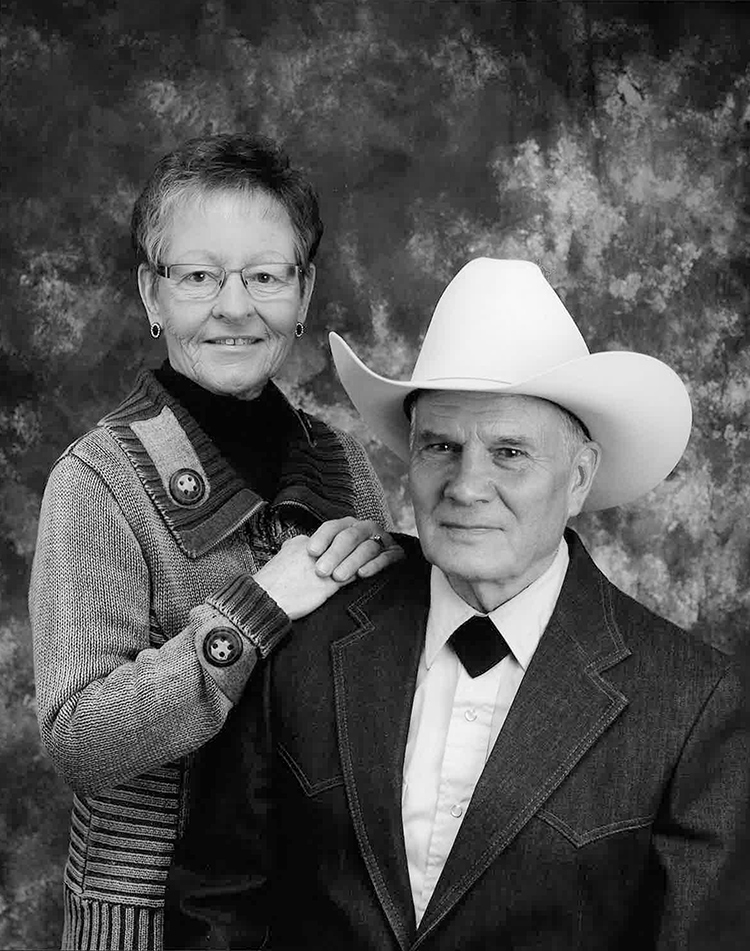 The owners of Sheldak Ranch began to make their mark on the equine world in 1963.

In 2016, the Utkes were named the Red River Horse Breeders Association Horseman and Horsewoman of the Year and Ransom County (ND) Agriculturalist of The Year. Sheldak Ranch weanlings have been sold to buyers from across the United States and 12 other countries, with some serving as seed stock to begin the Appaloosa breed in Chile.

Dave (b. 1942) grew up on a farm north of Fargo. He and his father, Paul Utke, were stock contractors in the late 1950s and early 1960s. They furnished bucking bulls for state and finals rodeos. Dave was also a bull rider. Some of the Utkes’ top bucking bulls were The Stripper, Little Joe, and Thunder Road. Dave and Paul threshed with horses well into the 1970s.

Kim (b. 1943) grew up in Detroit Lakes, MN. She helped start the first 4-H Horse Project in Becker County and worked hard to get it set up statewide. She went on to train her palomino mare, named Sis Monty, to win numerous area championships. Kim’s horse photography has been featured in several equine publications.

Dave and Kim met in 1959 while showing their Quarter Horses at the ND State Fair (Fargo) and married in 1963. They bought an old farmstead near Sheldon, ND, and started with nothing but
$1,000 cash, a small loan from the local bank, and one mare. The couple spent years fixing up the run-down farmstead into what it is today – a premier North Dakota ranching operation recognized worldwide to countless stock horse owners and enthusiasts.