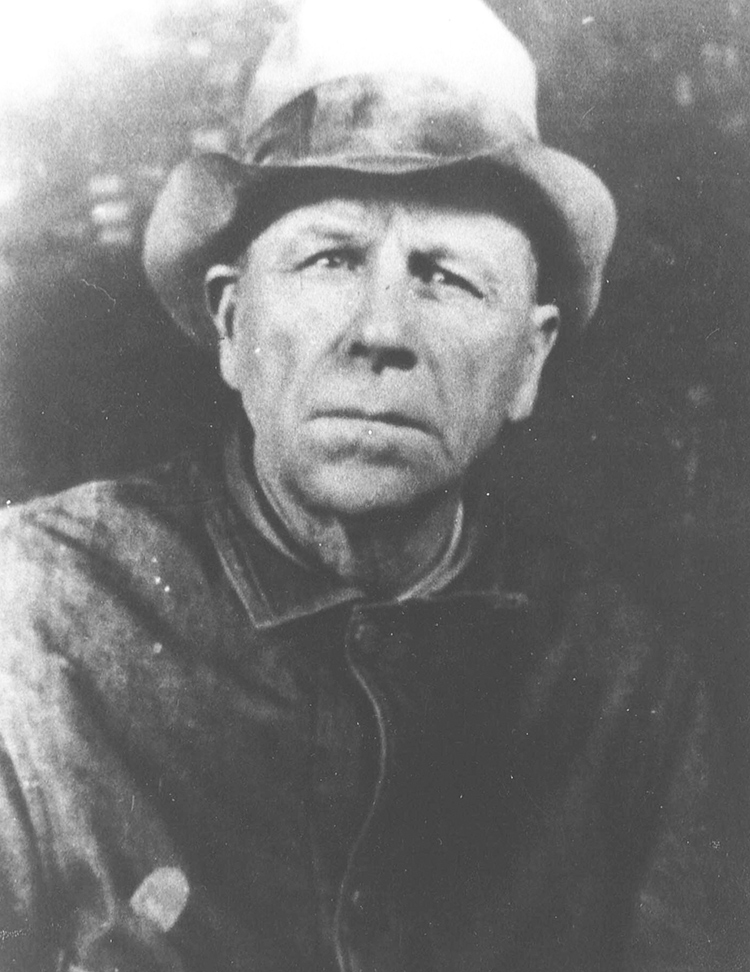 Samuel ‘Sam’ Rhoades was born in Tennessee on March 6, 1872, and moved to Texas with his parents in 1874. His father worked for the Miles outfit and when Sam was big enough, he did, too.

Sam took up bronc riding because it paid better than being a regular cowpoke. He rode north up the trail to McKenzie and Dunn counties for the AHA outfit in Texas in 1892. The next year, Sam trailed from Moorcroft, Wyoming, to Grassy Butte.

Sam organized the Dunn County Fair and Rodeo in 1922. Partnering with Mike Goodall, he put on the first Killdeer Mountain Round up Rodeo. The event proved lucrative and famous. Sam ran it privately for several years.

He ran a livery business in Killdeer that kept him busy until 1928 when cars replaced horses and buggies. In 1928, Sam became foreman on the Figure Four Ranch. He continued working there until 1935.

Sam staged other rodeos in Grassy Butte, Sanish, Lost Bridge and Beulah. He sold out to the Killdeer Mountain Rodeo Assn. in 1945, but continued as manager.

He helped his son in law in the sales yard until he was 85 years old. Sam died of pneumonia in 1962 at age 90, after being hospitalized for the first time in his life.