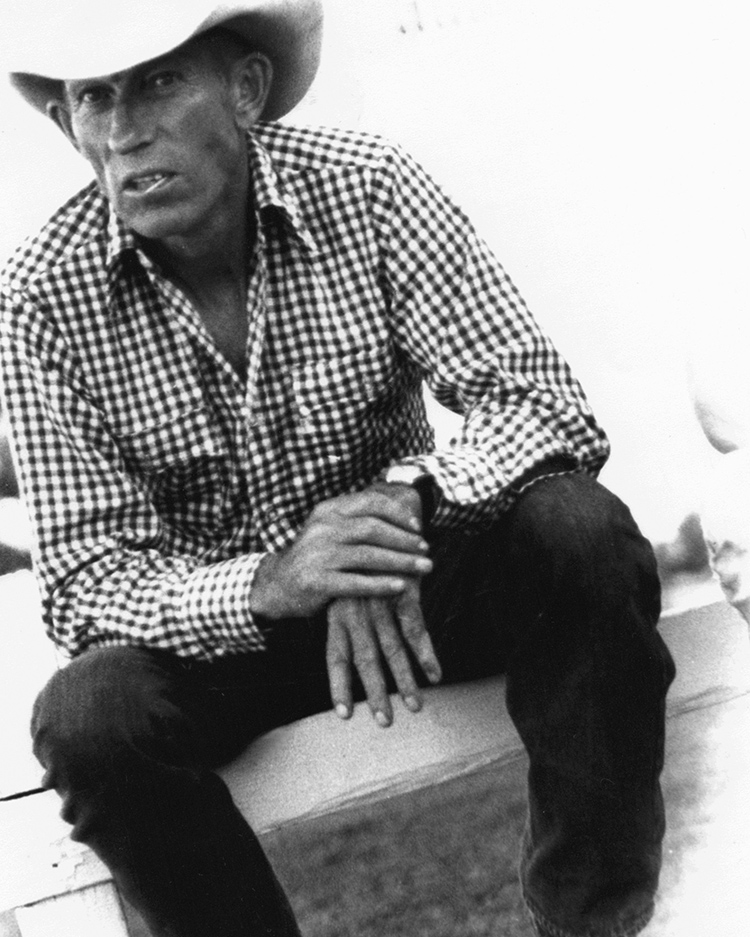 Francis Russel Silha (pronounced Sheelha) was born in 1924 on the family ranch northeast of Bowman. He lived there all of his life, operating the Lazy JS Ranch on his own from 1963 until his death in 1997.
Silha’s son has since taken over the operation and continues the family tradition of raising Corriedale sheep, Polled Hereford cattle and American Quarter horses.

Silha was exempted from the military in World War II because two of his brothers were already serving. In 1947, he married Frances Susag, and they raised a family of five on the Lazy JS.

He got the rodeo bug in the late ‘40s and took part in as many local events as he could. His specialty was calf roping. Through the years, Silha was also an active member in the Polled Hereford, Horned Hereford, American Quarter Horse, American Corriedale and North Dakota Stockmen’s associations.

In 1968, the Silhas were awarded a well-deserved Soil Conservation Award. Their ranch was on the North Dakota Hereford tour several times, and he was named the very first North Dakota Master Purebred Sheep Producer in 1979. In January 1971, the American Polled Hereford Association gave him its Recognition Award and, in 1994, he was nominated for the AQHA Best Remuda Award.

Silha raised and trained Border Collies for himself and others to assist in ranch duties. He served on the Bowman County Fair Board in the ‘50s and the Grainbelt Township Board for four decades. He was a charter member of the North Dakota Cowboy Hall of Fame.

Both of his parents were born in Wisconsin and later moved to North Dakota. Ironically, Silha was in Wisconsin when he died in 1997.