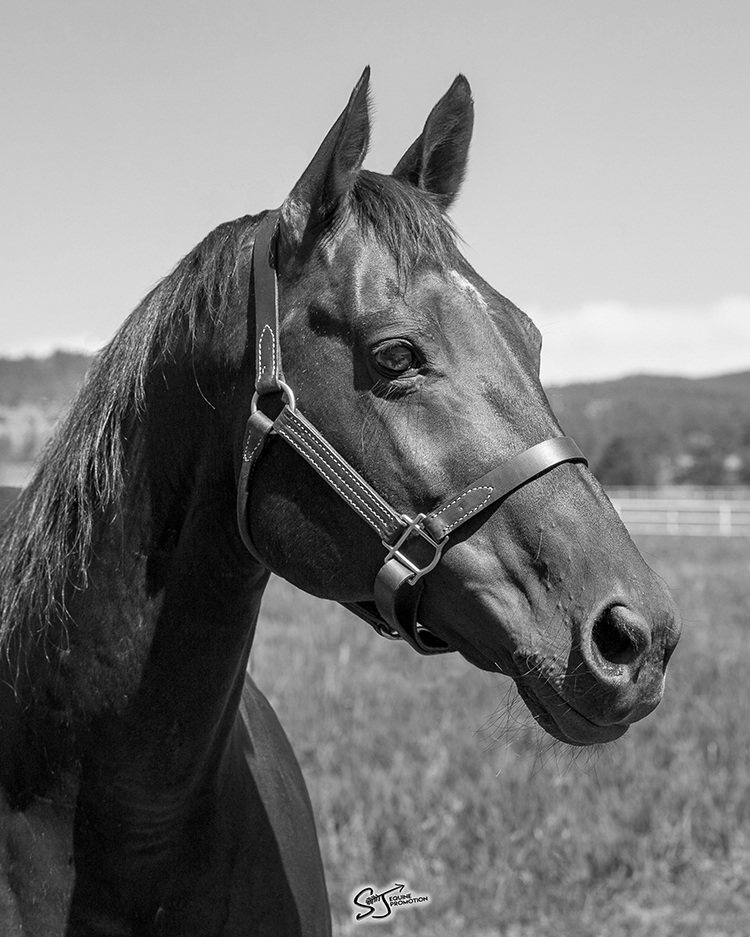 Dasher Dude, 2000 black mare, was born on the Roth Ranch in Glen Ullin, ND. Duane Fleck from Solen, ND, bought the filly for $800 for his daughter, Britany. Britany broke Rootie and trained the mare to barrel race.

The little mare, 14.2 hands tall, was intelligent and athletic. She figured out the barrel racing pattern quickly, and won the first jackpot event in which she competed.

Britany took Rootie to the North Dakota Rodeo Association and the Northern Ranch Cowboy Association rodeos. She proved to be competitive and the duo qualified for the NDRA and NRCA finals in 2007, 2008 and 2009. She was the Reserve-Champion Barrel Racer in both associations in 2008. In 2008, Rootie filled Britany’s Women’s Professional Rodeo Association permit at her first professional rodeo.

The team went on to qualify for their first of nine consecutive Badlands Circuit Finals, where she was twice awarded Badland’s Circuit Horse of the Year. Rootie won the Badlands Circuit in 2009, and qualified for the Canadian Finals Rodeo in 2010. In 2011, big wins from San Antonio and Omaha helped Rootie become the first horse from ND to qualify for the National Finals Rodeo where she finished in 14th place.

Rootie remained competitive through 2013. In 2014, Rootie finished the season in 5th place in the WPRA World Standings. She won 4th in the average and the 6th go-round at the NFR.
She was voted WPRA’s Horse with the Most Heart, and won 2014 Reserve AQHA Horse of the Year. Rootie was the 2014 CPRA Reserve-Champion and the only American horse to win the Canadian Professional Rodeo Association Horse with the Most Heart.

Rootie sustained an injury in 2015 giving her a 20% chance to compete again. She came back in 2016 to win WPRA rodeos and compete in the inaugural season of the Elite Rodeo Association.
In 2017, Rootie made her last competition run, having over $570,000 in career earnings. Horses like Rootie are once-in-a-lifetime. She had a huge heart and ran to win.