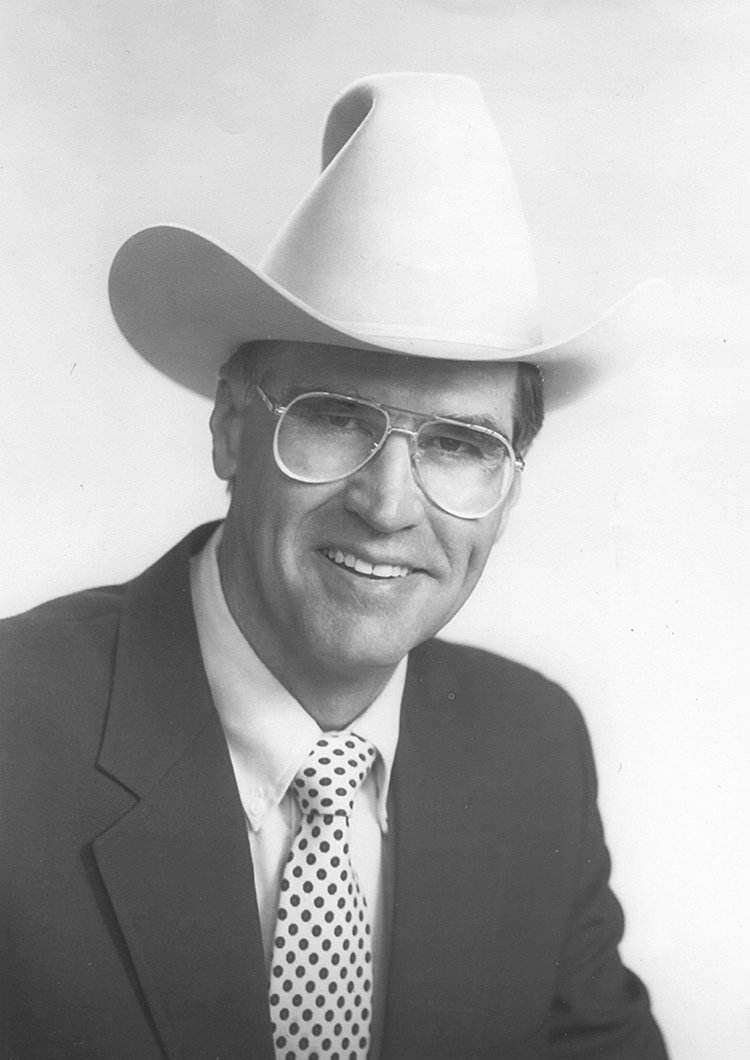 Roger Stuber was born in 1940 on the Slope County ranch established in 1909 by his grandfather. The Stuber Ranch borders the HT, Logging Camp, TP and Burke ranches. Stuber and his brother Richard continued to brand their Herefords with the iron their father registered back in the day—the S over 5.

Stuber left the Bowman area to attend the University of Wyoming in Laramie and returned in 1962 with degrees in Animal Science and Business Administration. In 1963, the brothers bought the Schaefer place west of their folks’ and, a decade later, the home place from their parents.

In the 1950s, the Stubers had a small herd of 15 brood mares. They broke the two-year-old horses and used the geldings for range work until the ‘70s.

The Stubers run about 1,000 head of cattle, with a third of them registered. Meticulous performance records have been kept for the past 50 years. The first bull sale took place in 1969 at the ranch.

In April 2009, the 40th annual bull sale was held concurrently with the ranch’s centennial celebration. The Stuber Ranch cattle have been sold all over the U.S. and in Canada, Mexico and Argentina. In 2009, yearling heifers were shipped to Kazakhstan!

A life-time member of the American Hereford Association, he served as national president in 1977. He also served on the National Cattlemen’s Association board and as president in 1993, where he lobbied for cattle-men’s interests.
Stuber has been named ‘Agriculturalist of the Year’ twice–in 1980 by the NDSU Saddle & Sirloin Club and in 2007 by the Bowman Chamber of Commerce. Beef Magazine gave him the ‘Trailblazer Award’ in 1993 and, a year later, the North Dakota Stockmen’s Association gave him its ‘Top-Hand Award’.