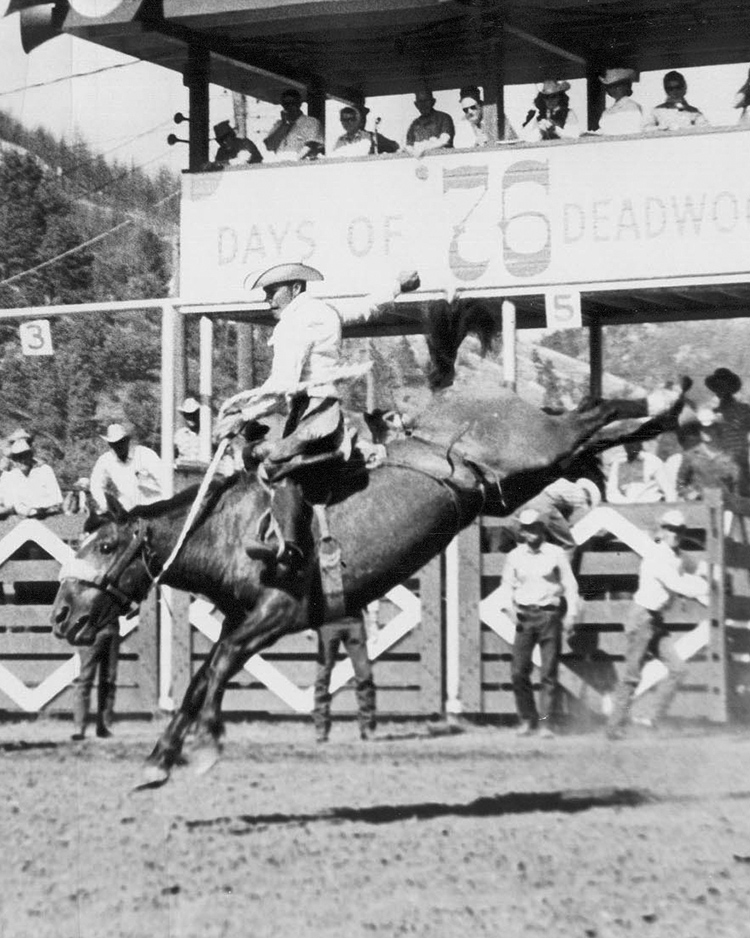 Red Pepper #V34 was a red sorrel gelding approximately 15.3 hands tall and weighing 1,300 pounds. His age and breeding are unknown.

The Fettig Brothers Rodeo Company purchased him in Miles City, Montana, from Eddie Vaughn in the late 1950s and branded him with their rodeo brand Y. Red Pepper was a consistent saddle bronc, performing well in any and all conditions: day or night, indoor or outdoor, hard ground or soft muck.

Alvin Nelson cited his first hand experience with Red Pepper. “I was on him eight times, including at the National Finals Rodeo and Cheyenne Frontier Days. I won a lot of money on him. He bucked extra good in the mud. Some horses will quit bucking in the mud or rain, but the mud didn’t bother him.”

Red Pepper was selected for the NFR for 11 years and appearing in 20 performances, with cowboys placing in the top four on him 15 times. He was also chosen as the top saddle bronc horse at the Deadwood Days of ’76 Rodeo. He made his appearances at the Match of Champions at Sentinel Butte, North Dakota, too.

In the early 1960s, Benny Binion, a Las Vegas casino owner with ranching interests in the Miles City area, handed Jack Fettig a blank check and told him to put in the dollar amount.

Fettig refused that offer but, 10 years later, Red Pepper and several other top Fettig bucking horses were traded to the Steiner Rodeo Company of Austin, Texas.