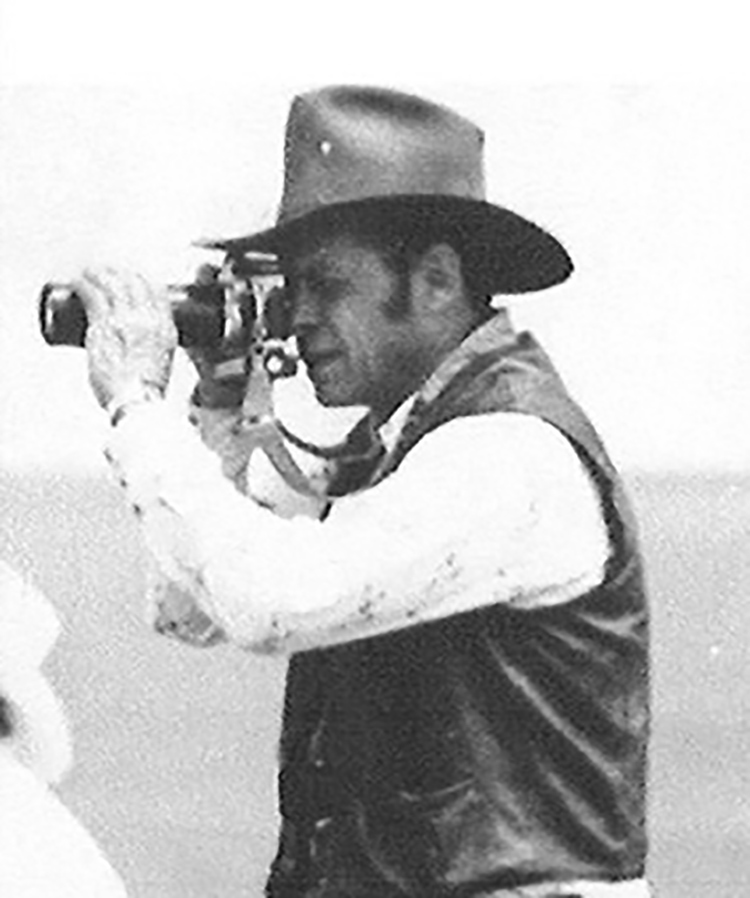 Born January 8, 1938, Ray grew up in Center, ND, joining the U.S. Army in 1957 and serving with the Quartermaster Corps until 1959. He married Shirley Brandon in 1962 and devoted 25 years as a federal meat inspector with the U.S. Department of Agriculture.

With an early passion for the western way of life, Ray nurtured his left-handed abilities toward right-handed photography skills to shoot and develop the best picture possible. His family was a very important part of his life! What began as a dad capturing memories of his children, Carla, Shane, Anita and Jamie, transformed into a side rodeo photography career from 1984-2004. His wife, Shirley, worked as his assistant, taking picture orders and processing the numerous rolls of 35mm film from each event.

Ray never thought he would be in one place long enough to establish a small-scale ranch. With faith in God and family, he and Shirley built a horse ranch in Mandan, ND, which bred registered Quarter Horses from their stallion, Mr. Classic Bar, for 20 years. Beginning in 1989, Ray served as a director for the ND High School Rodeo Association for three, 3-year terms. From 1995 to his untimely passing in July 2004, he served as a trustee for the N.D. Cowboy Hall of Fame. The Cowboy Chronicle featured an interview with Ray asking him why he supported the NDCHF, to which he replied, “There are so many people and ideals that are going to be forgotten…preserving the western life and those individuals is very important to me!”

Ray sold many rodeo pictures and also regularly donated photos for historical documentation. His years of photography, embellished by his “Ray’s Photos” corner stamp, have been featured with many statewide and national rodeo and western associations including several rodeo book publications. One of the many highlights of his career was serving as the official photographer for the N.D. Home on the Range Match Ride from 1987-2001. Ray also had the privilege to take still shots of many rodeo folk and spectators, including the ND Six Pack at the first induction ceremony, which he gave copyright to the NDCHF. Ray was a cowboy from hat to boots. Living every day with a personable nature, western grit and passion, his legacy of photos continues to memorialize two decades of rodeo in North Dakota!