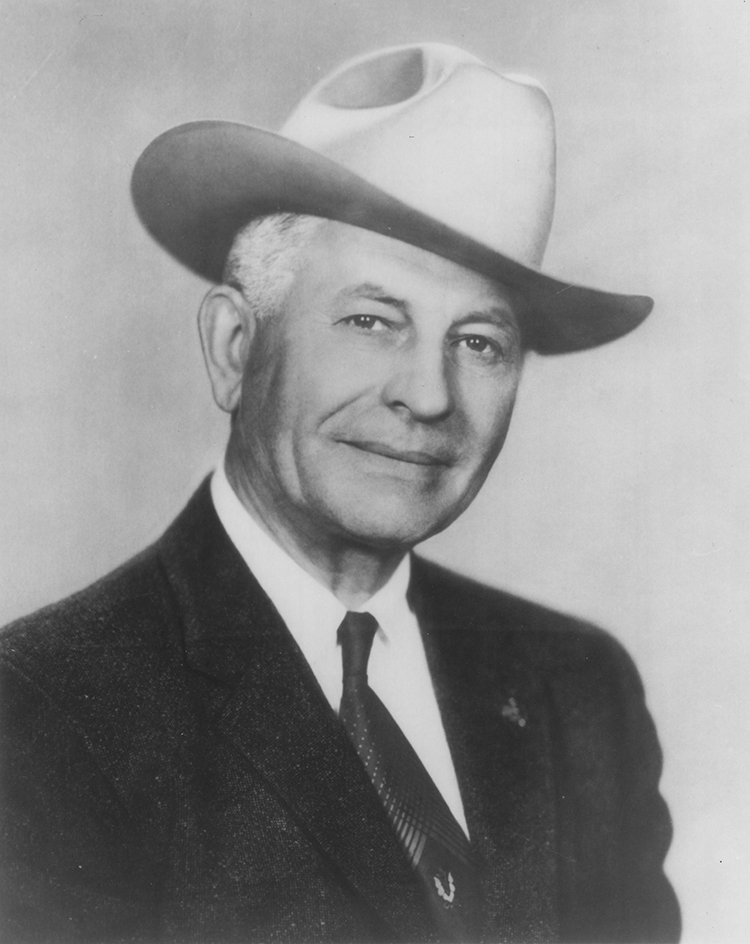 Ray Schnell was born in Richardton on May 24, 1893, to Frank and Maryann (Engel) Schnell. He grew up on the family farm/ranch southeast of Richardton and, after his father’s death in 1915, he took over the operation.

Ray married Clara Kittleson, a school teacher from Minnesota in 1918. In 1924, he attended the Jones School of Auctioneering in Chicago and began running farm and cattle sales in addition to ranching.

The Schnells moved to a farm/ranch southeast of Dickinson in 1925, where they raised their 13 children along with many registered and commercial cattle and a smaller number of horses.

Over the years, Ray purchased other ranches that are now owned and operated by his sons and their families. He was always actively interested in the improvement of livestock quality and, as he grew older, was recognized for his contributions to the livestock industry.

Ray served six terms in the North Dakota Legislature and as North Dakota’s Lieutenant Governor from 1951-1952. He was an active member of the Elks, Eagles, Knights of Columbus and Dickinson Rotary Club and was a founding trustee of the National Cowboy Hall of Fame.

He was also a member of the 50 Years in the Saddle Club, the American National Cattlemen’s Association, St. Joseph’s Hospital Advisory Board, North Dakota Stockmen’s Association and the Assumption Abbey Advisory Board and was a founder/ trustee of the Home on the Range for Boys, Sentinel Butte.

His special honors included 1963 North Dakota Man of the Year in Livestock and 1965 Livestock Man of the Year at the National Western Livestock Show in Denver. He was founder of the famed Match of Champions in Dickinson and helped start the Champions’ Ride Match at Home on the Range, Sentinel Butte.
Ray died on April 5, 1970, at the age of 76.