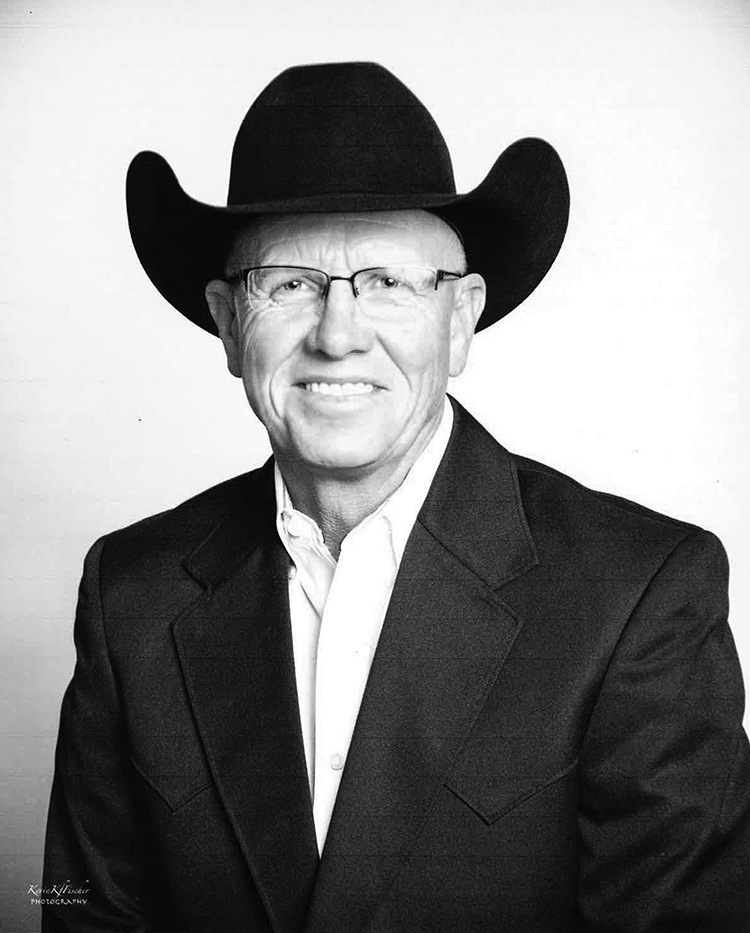 Philip Haugen was born in Williston, ND on August 10,1964 to Noral and Sonja Haugen. He was raised in Williston along with his siblings Naomi, Heidi and Barry, graduating from high school in 1983.

Phil first entered the arena at the age of nine, competing in the M-T Saddle Club Youth Rodeos, Little Britches Rodeos and then on to North Dakota High School Rodeo where he earned state titles in the Calf Roping and All-Around Cowboy and was a 3X National High School Finals qualifier. He competed in college and qualified for the CNFR for the University of Wyoming and graduated with a degree in Ag-Business.

In 1987 – 1988, Phil was the NDRA All-Around Champion. He has been a member of the PRCA since 1984 competing in Calf Roping, Team Roping and Saddle Broncs and has qualified for the Circuit Finals in both the Badlands and Prairie Circuits. He was the Assistant Coach for Southwestern Oklahoma State University Rodeo Team when their men’s team won the National Intercollegiate championship in 1992.

Phil is especially proud of achieving the PRCA’s Linderman Award in 1989, while still a resident of North Dakota. The Bill Linderman Award was created in 1966 to recognize the cowboy who wins the most money in a single season, while competing in three events, with one being a timed event and one a rough stock event. This coveted award is recognized at the national level and Phil is currently the only cowboy to bring it home to ND.

For over 35 years, Phil has been riding and training horses while developing his program. Phil Haugen Horsemanship is well-established and backed by years of commitment and experience, with clinics scheduled nationally and abroad. He enjoys returning home to ND to share his knowledge with cowboys and cowgirls of all ages, and encourages each student to “Be Your Best”. Several horses trained in Phil’s program have experienced success at all levels, including the NFR.

In recent years, Phil has concentrated on increasing the momentum in his program towards Ladies Breakaway, supporting its evolvement into a Pro Rodeo event. It was a proud moment in July of 2019, when Phil was present to watch some of his own students (including his daughter Hannah), and horses (his niece Lizzie roped on”BB”, raised and trained by Phil) make history while competing in the first Ladies Breakaway event at the “Daddy of ‘em All” in Cheyenne, Wyoming.

Phil married Bridget Brown in 1990 and they have spent the last 30+ years living north of Weatherford, Oklahoma, where they raised their children. Hannah and her husband, Aaron Macy, now live in Texas. Wade and his fiance’ , Gentry Cherry, will be married this year and make their home in Weatherford. The entire family continues to share success in the arena and enjoy the relationships gained because of their western way of life.

Phil credits not only his Dad for buying that first pony, but also the good people he grew up around and the opportunities that arose from North Dakota High School Rodeo for providing the foundation that opened doors for his cowboy career. Phil’s passion for the great sport and the traditions of family and friends all started here in North Dakota.