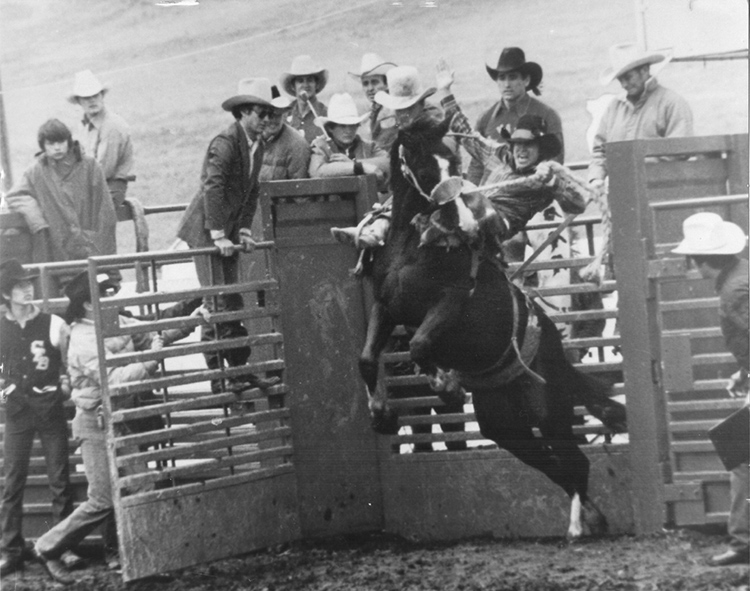 Phil Baird and Evelyn Neuens made a unique intergenerational commitment to establish a Rodeo Hall of Fame in 1994. The dream eventually became the N.D. Cowboy Hall of Fame with its centerpiece standing in historic Medora.

Born at Quantico, VA, Phil grew up on South Dakota’s Rosebud Sioux Indian Reservation before coming to North Dakota. He competed as a saddle bronc rider in high school and continued through college and regional rodeo associations. When he retired from rodeo competition, Phil served as a judge, rodeo announcer and board representative for organizations in the northern Plains.

In the late 1980s-early 90s, he managed the NDRA year-end finals and the N.D. State Centennial rodeo held during the N.D. State Fair in 1989. For his rodeo promotion efforts, Phil was named the N.D. Rodeo Man of the Year with the 1990 Walt Neuens Memorial award. He is recognized in the U.S. and Canada for his published rodeo history work and for his lifelong professional career in higher education.

After the Hall of Fame was established, Phil served for 21 years as co-founder, president, vice president and interim executive director. He drafted the original bylaws, shaped the first strategic plan, recruited the founding board members, presided over the annual meetings and watched over each induction ceremony from 1998 to 2015. He credits board members, trustees and members for their support.

Phil Baird became the sixth recipient of the NDCHF Legacy award. “This is not about one person,” he said. “This is about the people who lived our western cultures before us and about those who cherish the Hall today. Most importantly, it’s about those who will come after us – this is our true Legacy. I’m humbled and grateful to have been part of the dream.”