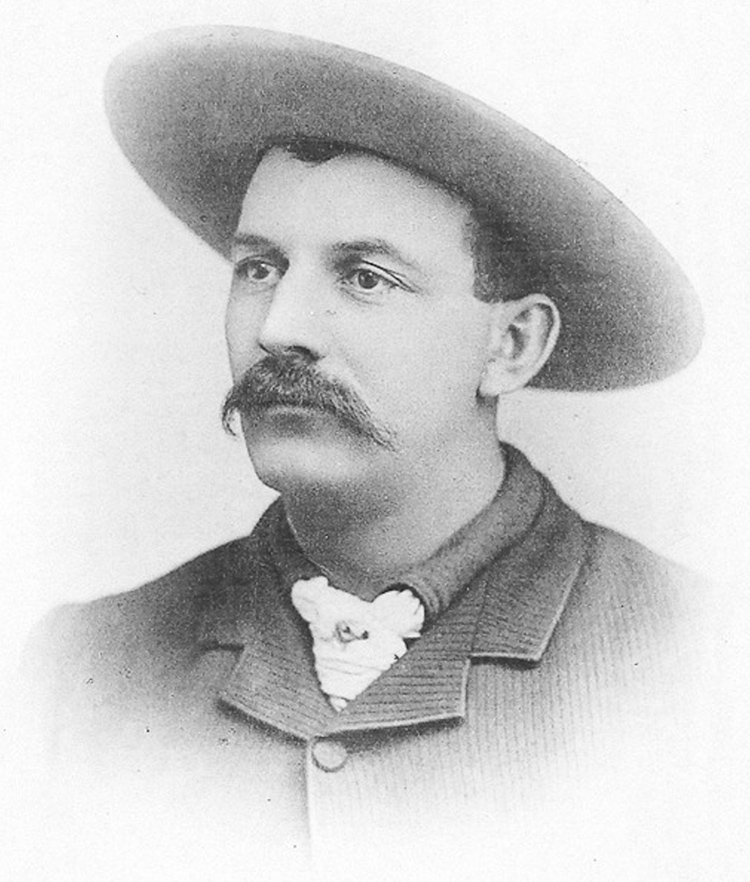 Pete Pelissier was born March 11, 1865, in Cold Springs, MN, to Antoine and Samantha (Bonney) Pelissier. The family moved to present-day Jamestown area in 1873. Antoine died in 1874.

In about 1883, Pelissier left his widowed mother and siblings behind in MN when still in his teens. He headed west, showing up at the Eaton Brothers’ Custer Trail Ranch near Medora in about 1883. Pelissier was soon working for the HT Ranch, owned by A.C. Huidekoper. Also known as the Little Missouri Horse Company, the HT was considered the world’s largest horse outfit at the time, and Pelissier a top-notch roper, became foreman/manager in 1886.

He married Harriet Eaton in December 1887. They built a ranch on Sully Creek south of Medora where they raised four children. Each spring, Pelissier and a crew went to New England and Bowman areas to gather wild horses. They’d come back with 400 to 500 head of horses.

Theodore Roosevelt was a personal friend and ranching associate.

From 1896-‘99, Pelissier served as sheriff of Billings County, but he resigned when he created a Wild West Show. His show appeared at many important events around the state. This enterprise traveled along the route of the Northern Pacific Railroad and even performed as far east as Boston, MA. The specialty acts and Pelissier’s sense of showmanship and style were well received, and the moniker, ‘Buffalo Bill of the Missouri Slopes’, is most appropriate.

Pelissier was an expert horseman, rope and ‘all-around hand’. He was a tall, handsome man which enhanced his showmanship. Pelissier sold the ranch in about 1912 to Willis King, a Pittsburg, PA, steel businessman. The family moved to Sheridan, WY, where Pete worked with the Sheridan City police force. He died on December 1, 1924, in Sheridan.