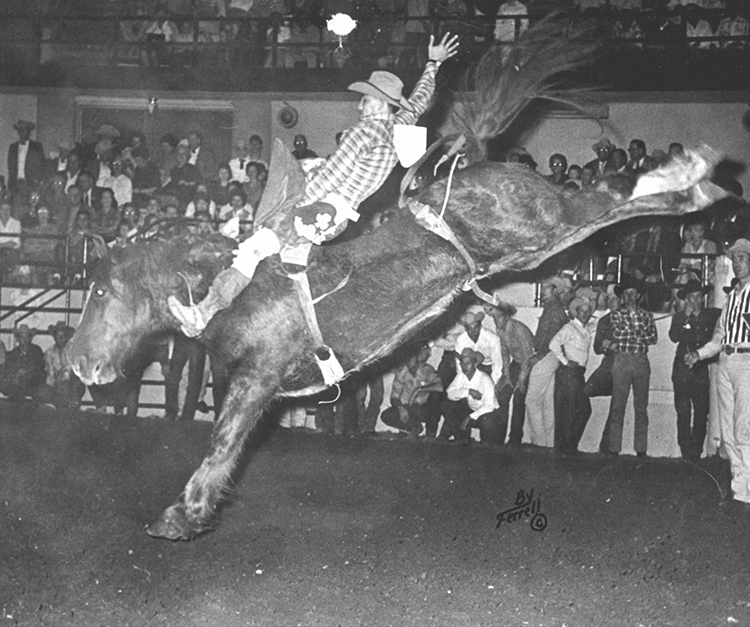 The next year, Pete earned the all-around champion title. He was a North Dakota high school champion in three events–bareback and saddle bronc riding and steer wrestling. Pete gave up a scholarship to New Mexico State College to attend Dickinson State Teachers College where he helped organize the first rodeo team in 1958–the beginning of intercollegiate rodeo in North Dakota.

Pete went to the National Finals Rodeo four times, including as runner-up to Jack Bushbaum in 1961. He rode all 10 of his horses that year and finished as the #4 bareback rider in the world. His total winnings topped $16,500, good enough to rank him 15th in the world all-around competition.
​
Even after his days of competition, Pete has remained important to the sport by helping rodeo grow. He wrote the original concept for the National All Indian Rodeo, which was approved by the Professional Rodeo Cowboys Association. As a gold card member of the PRCA, he stays active in rodeo and is always willing to help people, young and old, who are interested in rodeo.

He now owns a ranch north of Halliday which he started in 1956 with a cow-calf operation that has grown to 250 head. He also raises saddle horses and spends much of his time in the saddle as a true cowboy. He is soft-spoken, a good businessman and a movie star–he and his son had parts in “Dances with Wolves.”