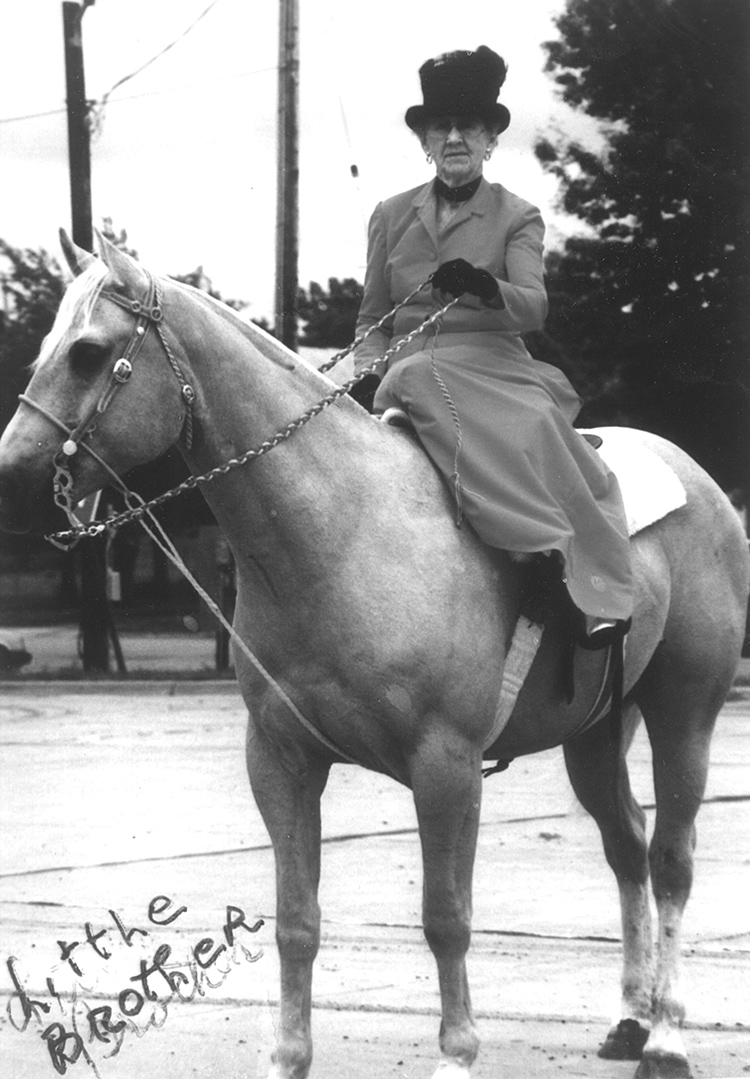 Pearl was born October 4, 1910, to Henry and May (Clark) Edwards. She grew up on a farm south of Hazen, along with many Shetland ponies and larger horses, where she learned the value of horseflesh.

Pearl graduated from Hazen High School in 1928 and earned a teaching certificate from Dickinson Teacher’s College in 1934, going on to teach for 14 ½ years. She also helped as a 4-H leader.

Over the years, Pearl was never far from horses, enjoyed riding side saddle and farmed using an eight-horse quadrille team. She also worked with others to style riding dresses.

Perhaps the couple’s greatest impact on rodeo began when Pearl was elected the first secretary-treasurer for the newly formed North Dakota Rodeo Association. From the 1940s to the early 1960s, the couple attended many rodeos where Pearl assisted the local rodeo committees or timed rodeo events when she was needed while Clair competed or judged.

She started the NDRA newsletter so members could know about upcoming events, standings, etc. She was also dedicated to maintaining the records of the NDRA.

The couple always had a pasture full of good Willow Quarter horses trained to come when they whistled and to kneel on cue.