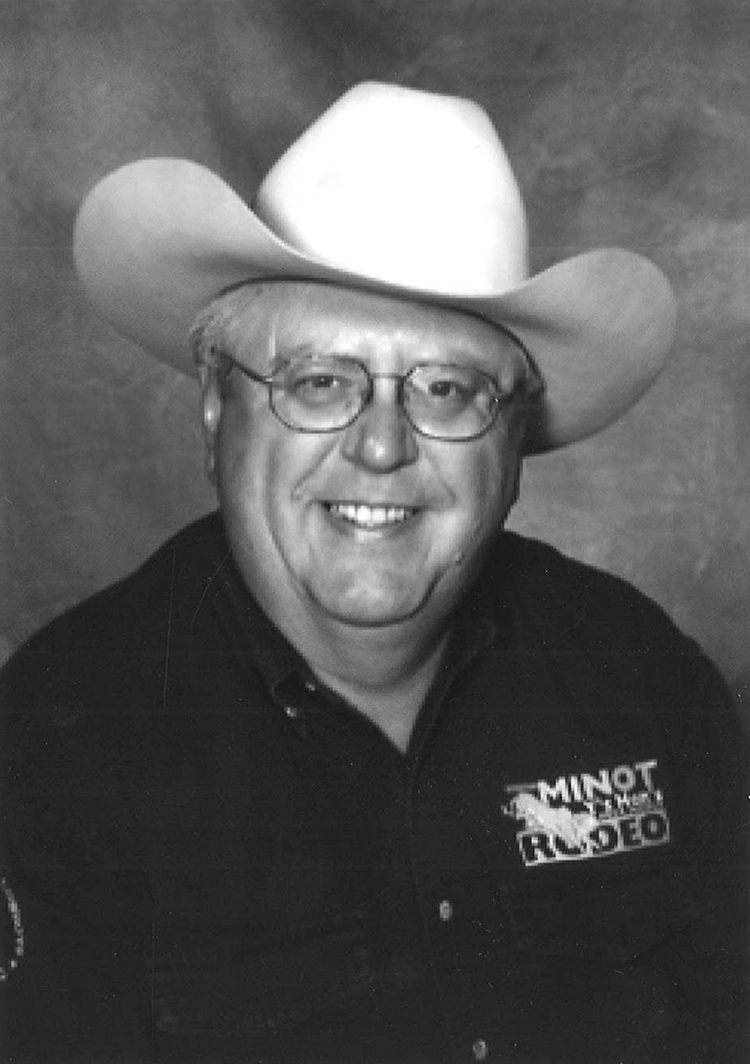 Born April 1, 1955, Paul Christensen lived the life of a cowboy. He learned the cowboy way at an early age, following in the footsteps of his father, Dr. George Christensen. He enjoyed working with horses, participating in countless cattle drives, roundups and brandings as well as trail rides. He especially enjoyed riding in the North Dakota Badlands.

Attending NDSU, Fargo, Christensen graduated from Minot State University with a bachelor’s degree in education. He taught high school for 12 years in El Paso, Texas, where he was the high school rodeo club advisor and coached the Academic Decathlon Team. Returning to Minot in 1998, he was an academic instructor at the Burdick Job Corps center where his students affectionately called him “Mr. C”.

Christensen spent an impressive amount of time volunteering, including helping with the horse program and other activities at the Triangle Y Camp, operated by the Minot Family YMCA near Garrison.

He became a member of the North Dakota Cowboy Hall of Fame at the urging of his father, a NDCHF founding board member. Christensen became a Trustee in 1999 and in 2013 was elected to the position of Chair of the NDCHF Trustees, a position he held until the time of his death.

He felt preservation of North Dakota’s western lifestyle – its culture and history – are an important part of the state and the work of the North Dakota Cowboy Hall of Fame. “If we can’t preserve it, it’s lost.”, he said in an interview with the Minot Daily News.

Christensen died August 24, 2014, at his home in Sawyer. His family and friends said goodbye to him with a true cowboy funeral followed by a procession of horseback riders followed by the horse-drawn hearse from the church.