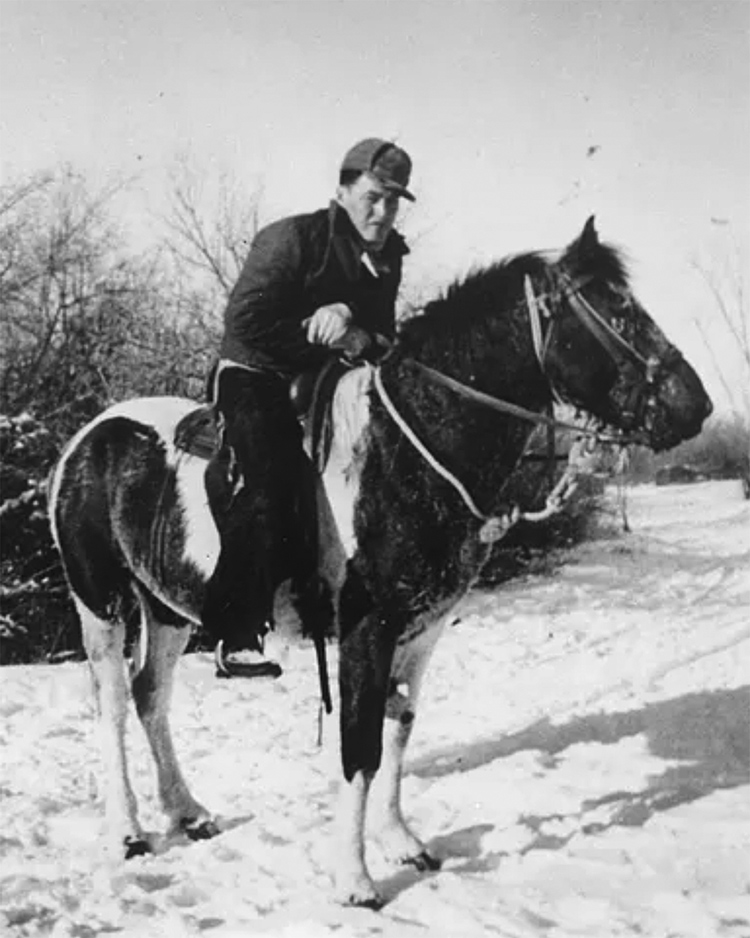 Paige James Baker Sr., also known by his Hidatsa name as Sacred Horse, was born in Independence, North Dakota, on January 1, 1913. Born to James and Ethel (Tail) Baker, he attended school in his hometown, the Santee Indian School in Nebraska and the Chemawa Indian School in Oregon.

Paige came back to North Dakota during the depression and got jobs with different ranches and rode saddle broncs in rodeos. On February 11, 1938, he married Cora Young Bird at Manning. They had five children–Fred, Paige Jr., Mary and Gerard.

Eventually, they began to raise their own livestock. In 1945, with the help of relatives, they chopped logs and put up a log house in the Heart Butte area. They ranched there for five years, while Cora and Fred spent the winters in Independence so Fred could attend school.

In 1952, the family moved to McKenzie County on the western edge of the Fort Berthold Reservation. They built a four-room log house and a barn there. In addition to operating his ranch, Paige worked for a number of the larger ranchers who had cattle both off and on the reservation. He was on the last, big cattle drive to the Dunn Center train depot.

He loved a good horse and always had one he could trust to rope from. He enjoyed rodeos and roping and was a well-known rodeo announcer on the reservation. Paige spent many hours riding, moving cattle and preparing hay for winter feed, and he cut hay with a team of horses even in his later years.

Paige was a great believer in modern education and, along with his wife, saw to it that all of their children went on to college and earned degrees. He was active in many organizations, including a member of St. Anthony’s Catholic Church, Mandaree; on the Board of Trustees of St. Anthony’s Catholic Mission, Mandaree; the North Dakota Social Service Board; the North Dakota Vocational Rehabilitation Board, North Dakota Vocational Educational Board; the Mountain Plains Education and Economic Development Program; and the Mandaree School Board for 12 years, on which he served as president.

He was also involved on the tribal council, as a tribal judge for eight years and as a court magistrate for the Three Affiliated Tribes of the Fort Berthold Indian Reservation. Paige died of cancer on January 8, 1982, at the age of 69.