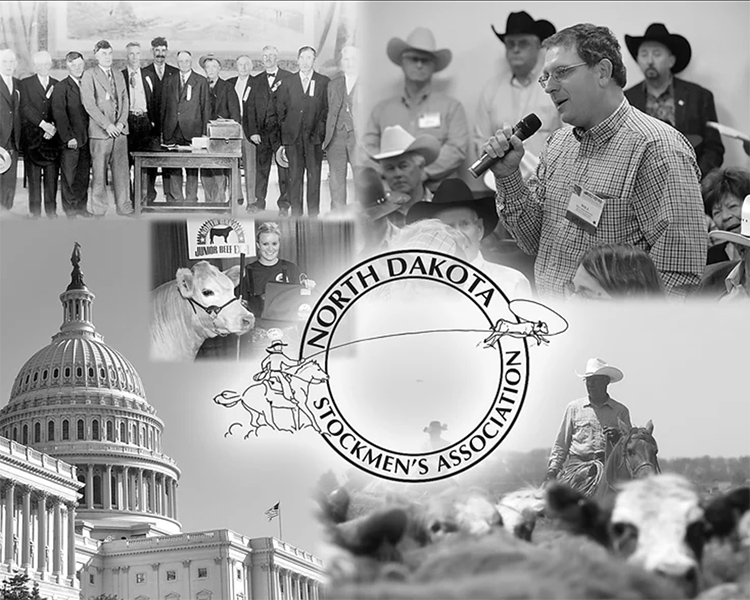 If there is ever a lesson a cattleman learns, it is this: not to fight is to perish. Those were the sentiments of Watford City rancher Andrew Johnston, whose foresight and leadership led to the formation of the North Dakota Stockmen’s Association (NDSA).

Cattle rustling was plaguing the state in the 1920s, and Johnston took it upon himself to call a meeting on June 6, 1929, in Watford City to discuss what could be done to better protect ranchers from loss and theft. Those who gathered pitched in $5 per person to establish a $1,000 reward fund for information leading to the arrest and conviction of anyone stealing cattle or horses. On that day, the men also christened what is today the NDSA and declared its objective as ”the advancement of the interests of all those engaged in livestock raising.”

This wasn’t North Dakota cattlemen’s first attempt to organize. It was, however, the only long-term successful attempt. Other efforts date back as early as 1884, but quickly faded away.

From the beginning, the NDSA was successful in its livestock protection role, and members quickly recognized the value of unifying on other issues impacting cattle producers as well. And, so, just as the NDSA membership expanded eastward, so did the mission expand: to unite, protect, promote, educate and serve the beef industry in North Dakota.

The NDSA has a statutorily assigned role as the administrator of the state’s brand programs. Its other areas are private functions, funded and directed by grassroots producers who set the policy of the organization, which is rooted in private property rights and the preservation of the ranching way of life. The NDSA is a respected voice for the beef industry and has left a record of legislative and regulatory watchdog achievement that has helped ensure a favorable business climate for ranchers.

The organization remains committed to fortifying the state’s beef industry for this generation and the next. Its vision toward the future was further demonstrated by its creation in 2008 of the North Dakota Stockmen’s Foundation, which has allowed the groups to expand opportunities for youth and support producers during challenging times.