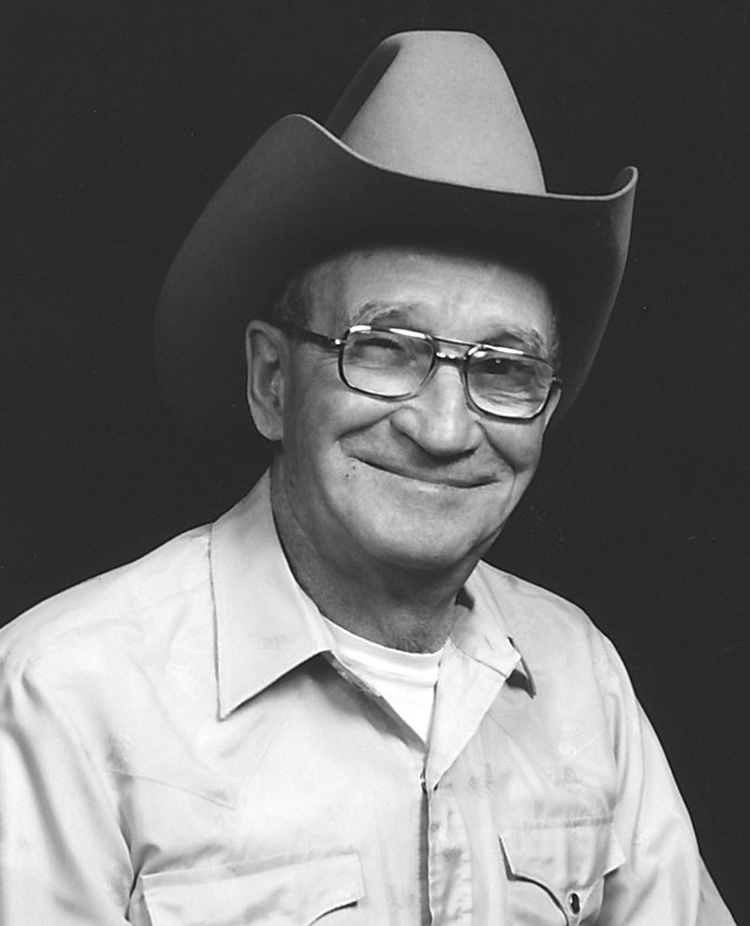 Norman ‘Peg’ O’Neil was born in April 16, 1923, on his parents’ homestead north of Dunn Center to Robert and Margaret (McGuire) O’Neil. He was educated in a country school and graduated from Beulah High School in 1941.

He married Phyllis Murray in 1954. Farming and ranching and brand inspecting for the NDSA (with a territory from Valley City to Beulah) put food on the table for their growing family of four children until 1958.

O’Neil has been dubbed the ‘Father’ of the NDRA idea, he was a charter member and first president of the NDRA in 1953. O’Neil also worked tirelessly with Dr. George Christensen to get the Minot Y’s Men’s Rodeo off the ground.
The NDRA established the ‘Peg O’Neil Rookie of the Year’ buckle in 2001 in his honor. In 1993, Governor Edward T. Schafer commended the NDRA and O’Neil for the leadership and support of the sport of rodeo in ND.

He was a lifetime member of the Killdeer Saddle Club and belonged to 50 Years in the Saddle. Whatever needed doing in Killdeer usually got done with O’Neil’s help. He was a member of the Killdeer Lions, Killdeer Cowboy Booster Club, Killdeer Town Criers, ND Stockmen’s Association, Killdeer community and ND Cowboy Hall of Fame. In his later years, O’Neil picked up a pencil and wrote some cowboy poetry that captured some of his humor and reminiscences. He died on January 19, 2001.