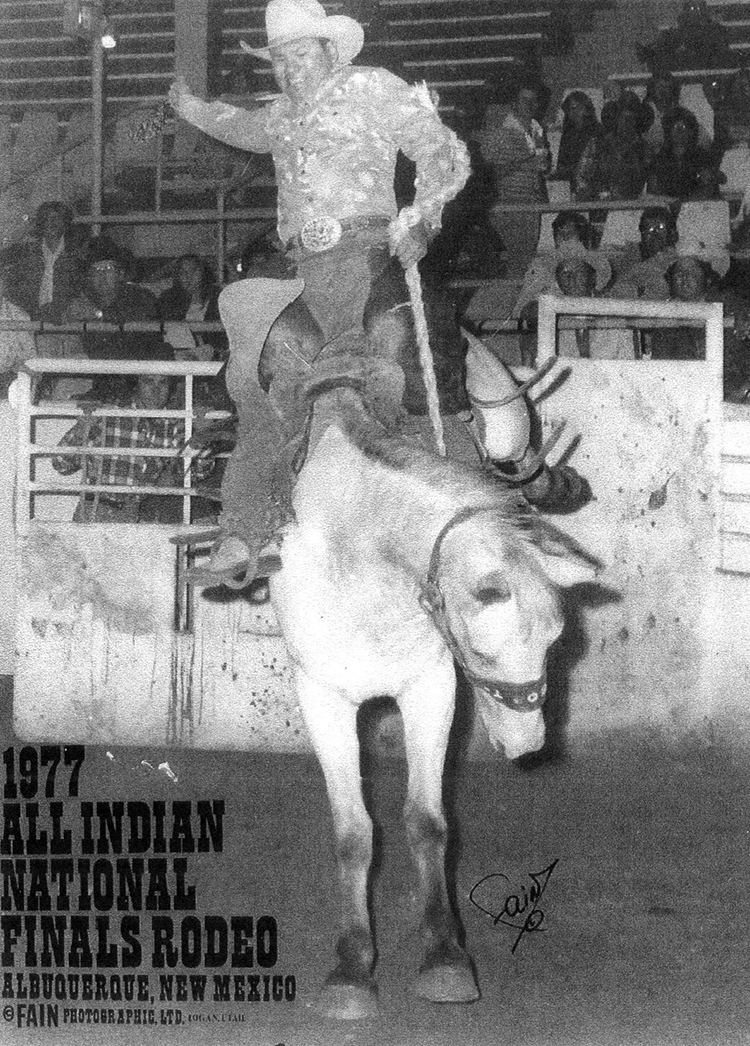 Newton Burr, Sr., was born on September 25, 1929, at Elbowoods, ND, to Oscar ad Mary (Wounded Face) Burr. He was a member of the Prairie Chicken Clan of the Four Clan and a child of the Flint Knife Clan. He was raised near Mandaree and educated in Elbowoods.

He served in the U.S. Army from 1951-’53, earning a Purple Heart. After discharge, he returned to Mandaree and to rodeo. He married in 1955 and raised a family of eight children on the ranch near Mandaree. In 1961, Burr retired from riding and moved to TX where he made a living doing welding. He resumed riding broncs in 1966 and was the Central Rodeo Association saddle-bronc champ of TX in 1967.

He got his PRCA card again in 1969 and won the Mesquite Saddle-bronc Championship. That year, Burr also won the Jim Shoulders Championship Rodeo saddle-bronc division and was featured in the Western Horseman magazine.

He belonged to the PRCA, the CRA of Texas, the All-Indian Rodeo Association of Oklahoma and the Old Timers Rodeo Cowboy Association of Texas. He didn’t hang up his spurs until he was 53, after winning five championship saddles.

In 1989, he retired from rodeo and moved back to New Town. He was a master craftsman and owned Newt’s Saddle Shop, where he made custom saddles, leatherwork items and horsehair braiding. After his death on July 22, 2006, his memory was honored with a Memorial Bull and Bronc Bash at Four Bears Casino.