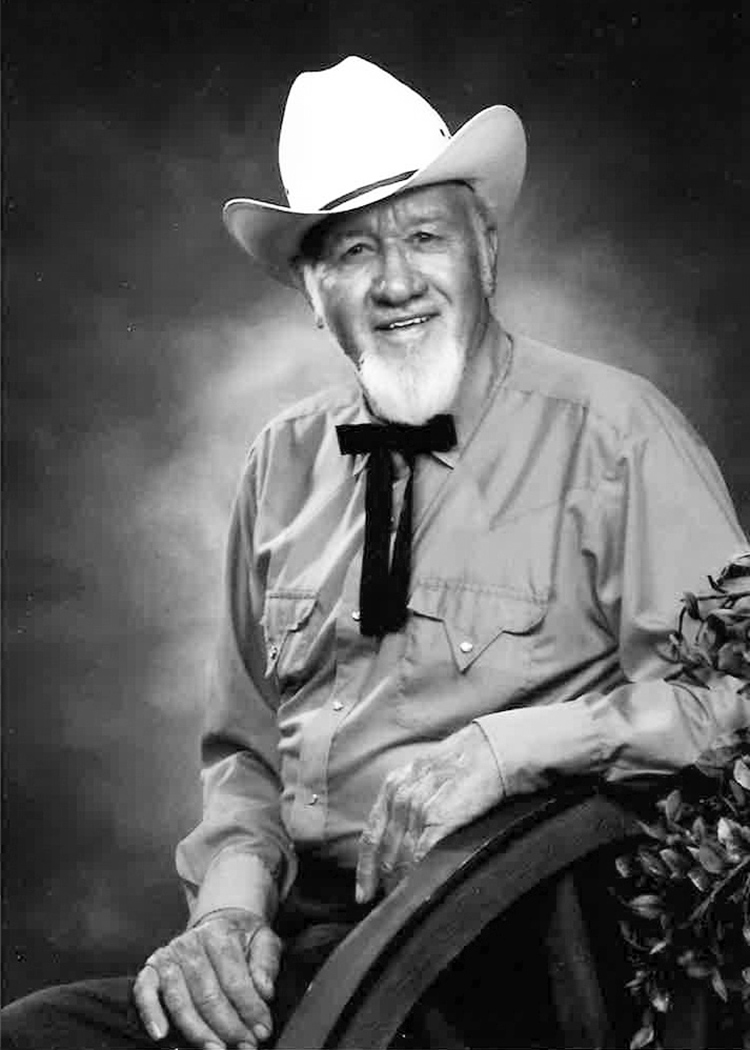 Martin S. Hovde was born February 14, 1913, to Jeremiah and Laura Hovde in Harvey, North Dakota. The family homesteaded in McKenzie County; however, during the winter of 1921, they moved south of Epping, North Dakota in Truax Township.

Martin grew up on the family ranch helping neighbors and riding on many cattle drives for the Davidson Cattle Co. In the 1930s Martin’s family left North Dakota and he took over the ranch, raising cattle and horses. He established various hay ground, some several miles from home, and hauled the hay home or moved the herd to it.

Martin was inducted into the Army June 10, 1942. He served with the 10th Mountain Division of Ski-troopers, an infamous unit of the Armed Services. He was discharged Nov. 30, 1945.

Upon returning from service, Martin went into partnership with Dr. Wright on the WW Ranch, southeast of Williston, where he remained until the Garrison Dam flooded the river bottoms. Martin then leased the Nelson Ranch for 17 years. In 1980, he returned to his original ranch in Truax Township. Martin was extremely creative and inventive. On each ranch, he worked diligently to clear the land, build innovative feedlots, and establish farm ground for feed. In 1978, Martin received the Agriculturist Award from the NDSU Alumni Association for his service to the industry. Martin ranched until he was nearly 80.

In his younger years, Martin was an avid trick rider and a pickup man at local rodeos. Martin led many parades and grand entries on horseback, bearing the American Flag. Martin was a longtime 4-H leader, a charter board and lifetime member of the MT Saddle Club, charter member of the MonDak Quarter Horse Association, and a Director on the Upper Missouri Valley Fair Board for many years. He was instrumental in starting the Little Britches Rodeo in Williston, a strong supporter of the High School Rodeo Club, and a member of Fifty Years in the Saddle.

Martin married Mabel Siverson Dec. 27, 1941. Together they raised five children. Martin passed away Oct. 22, 1994, but his legacy continues with his children, grandchildren, and great-grandchildren ranching, farming, and competing at rodeos and cuttings.