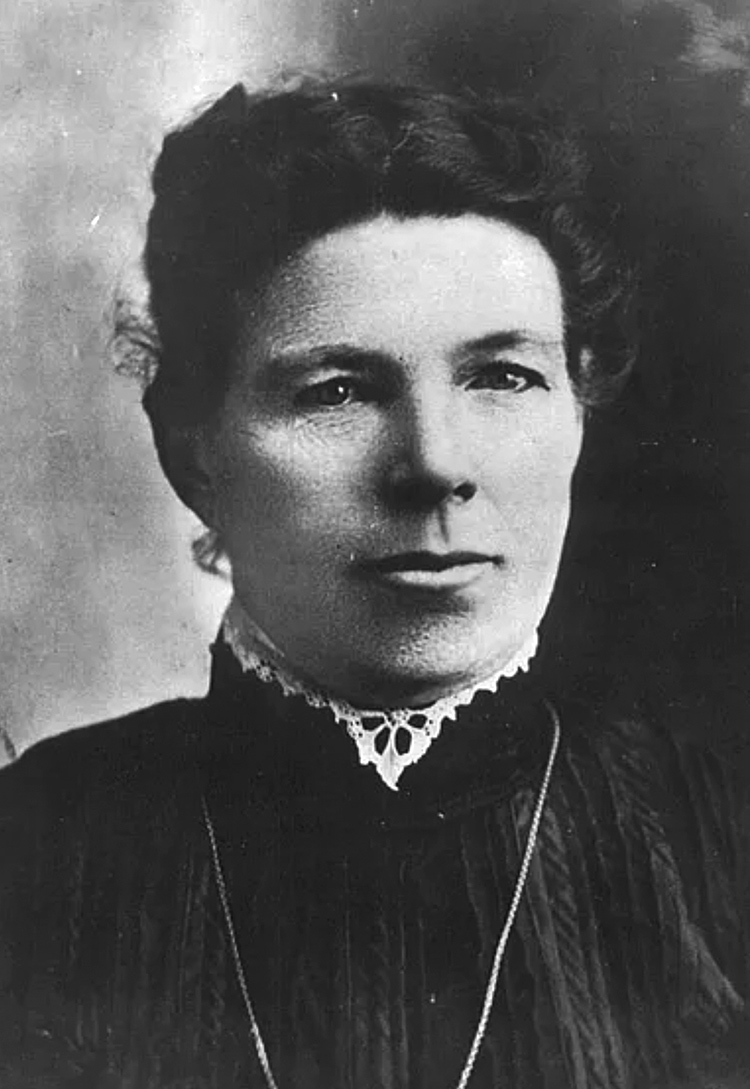 Margaret Barr Roberts was born September 15, 1853, in Ireland, daughter of James and Margaret (McCormick) Barr. She immigrated to the U.S. with her family around 1864.

In April 1871, Margaret married John Lloyd Roberts from Wales, becoming a pioneer wife of a cattle dealer and butcher. The couple arrived in Bismarck in March 1877. Between 1878-1879, Lloyd had a contract with the U.S. Army, and they delivered meat from Bismarck to Fort Meade, Dakota Territory, traveling with four small children.

By 1882, Lloyd was foreman of the Eaton’s Custer Trail Ranch at Little Missouri (near Medora). Margaret cooked for a large ranch crew, earning room and board for the family of seven. In 1883, the family built Sloping Bottom Ranch about 10 miles south of Medora, raising sheep, cattle and horses.

In late 1886, Lloyd disappeared while on a cattle buying trip and, despite Indian scares, the difficult 1886 winter and wolves killing 20 sheep in one night, Margaret bravely carried on. She sold meat, butter, eggs, wild fruit and garden produce to support the family, as well as doing laundry, sewing and knitting for area cowboys.​

Margaret filed on a homestead south of Medora in 1899. Along with two young granddaughters in her care, she would gather community children in a corner of the Rough Riders Hotel dining room on Saturday afternoons and read Bible stories.

Margaret was called ‘First Lady of the Badlands and was once described as a jovial woman with hair that curled attractively and had a shimmer of gold in it. On Sundays, she often joined the Maltese Cross boys for horseback rides, treating them to a “bread and milk” supper on their way home.

She fed every stranger who stopped and was a friend of Theodore Roosevelt. A favorite story about Margaret is that Teddy specifically asked to see her during a 1903 visit to Medora.

In 1906, Margaret retired to Dickinson, where she took in roomers and lent money with interest to cowboys. She died there on April 9, 1938.