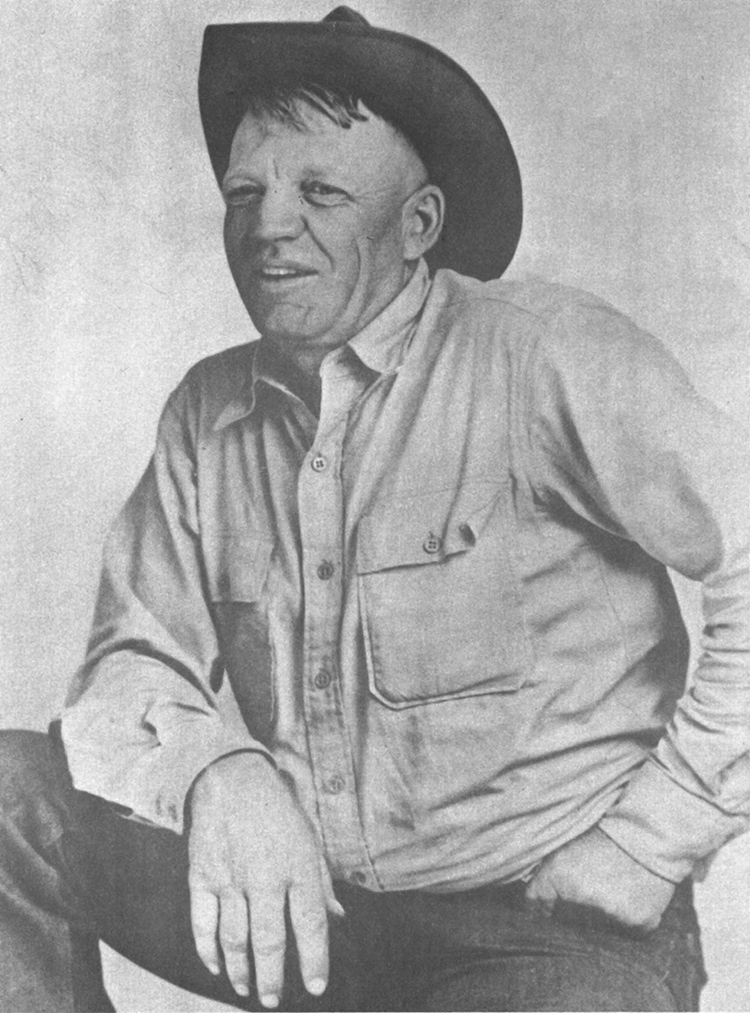 Louis ‘Louie’ Pelissier was born in Medora, North Dakota, on March 20, 1897, the son of George and Kate (Roberts) Pelissier. Raised on Sully Creek south of Medora, he had little formal schooling, but could “figure in his head” faster than his well-educated siblings.

Early in life, Louie had the idea to be a cowboy and rancher, looking up to cowboys like Bill Chandler and Bill Follis. At about 15, he started working with horse outfits where he got some good training at breaking and working with wild and rank broncs. In 1916, he rode to Sheridan, Wyoming and spent three seasons there.

As a young man, Louie rode bucking horses, roped calves and team roped at local rodeos and was the state calf-roping champion for many years. Later, he was noted for his top-notch rodeo pick-up ability and his influence over younger cowboys.

Louie trailed back to Medora in 1917 to break horses for ranchers in the area until 1918, when he went to Miles City to enlist as a horse breaker at the Fort Keogh Remount Station. They were filled up, though, so he didn’t serve in the Army. He then broke horses for $10 a head, and during the winter of 1918-1919, he broke and shod horses, freighted grain and gathered and fed cattle. In the 1920s, Louie worked with Willis King, while raising some cattle of his own.

He married Laura Lebo, who was teaching school south of Medora. She died in 1928, leaving him with four children, which his widowed mother helped raise. In 1931, he married Isabel Kennedy of Watford City, they had one daughter.

That same year, he bought a ranch and continued to own one along the Little Missouri River until his death. Louie spent his entire life in the livestock business, starting with a bank loan to buy cattle before he was of age and always having a herd of good Herefords. He became a charter member of the National Cowboy Hall of Fame in 1959.

Louie had friends from all walks of life and was a highly respected, popular, clean-living cowboy. He died of cancer on January 14, 1970.