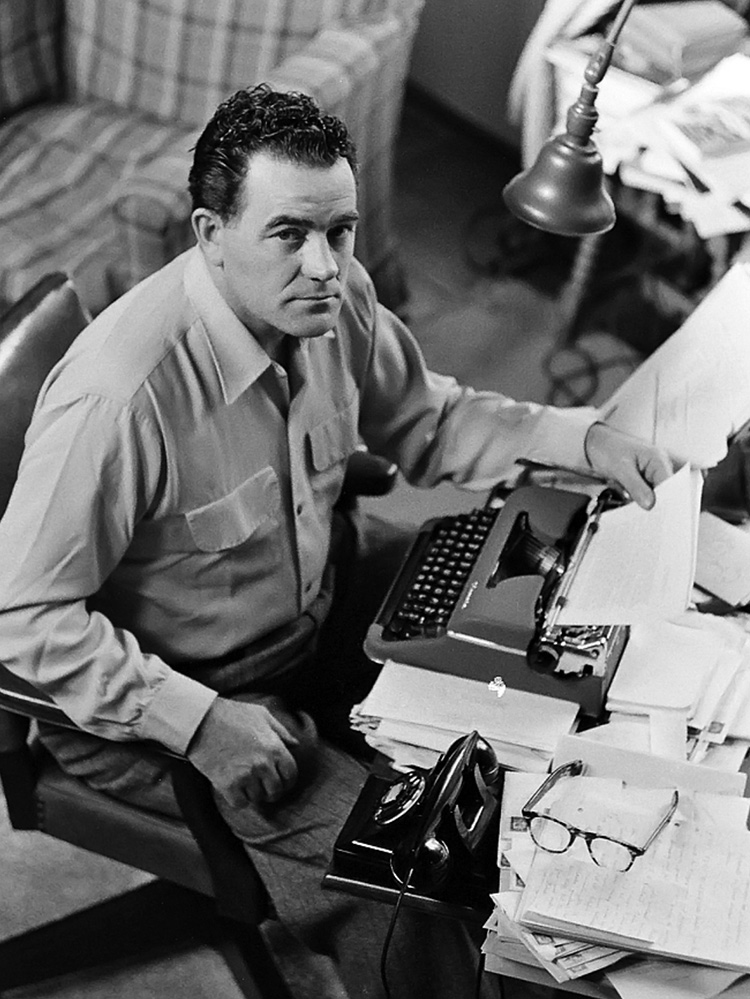 Louis L’Amour is one of the world’s most widely read authors. Born at Jamestown on March 22, 1908, he sold his first short story for $6.35. His first novel, Hondo, became a best seller in 1953 and was later made into a movie starring John Wayne.

Louis wrote more than 100 books and is one of the world’s largest selling authors. By the time he died in June 1988, more than 200 million copies of his western novels were in print. His most successful novels included Guns of the Timberland, The Burning Hills, and Shalako. Louis’ knowledge of the frontier and the old west along with his historical accuracy are legendary. Many of his novels were made into movies starring some of the biggest names in Hollywood.

During his younger years, Louis worked as a seaman, lumberjack, professional boxer and officer in World War II. His travels and experiences provided him with an intimate knowledge of the West, its history and its people.

Louis was presented the Theodore Roosevelt Roughrider Award by the State of North Dakota in 1972, the Presidential Medal of Freedom and an Honorary Doctorate Degree from Jamestown College.  Millions of his western novels are still sold yearly.