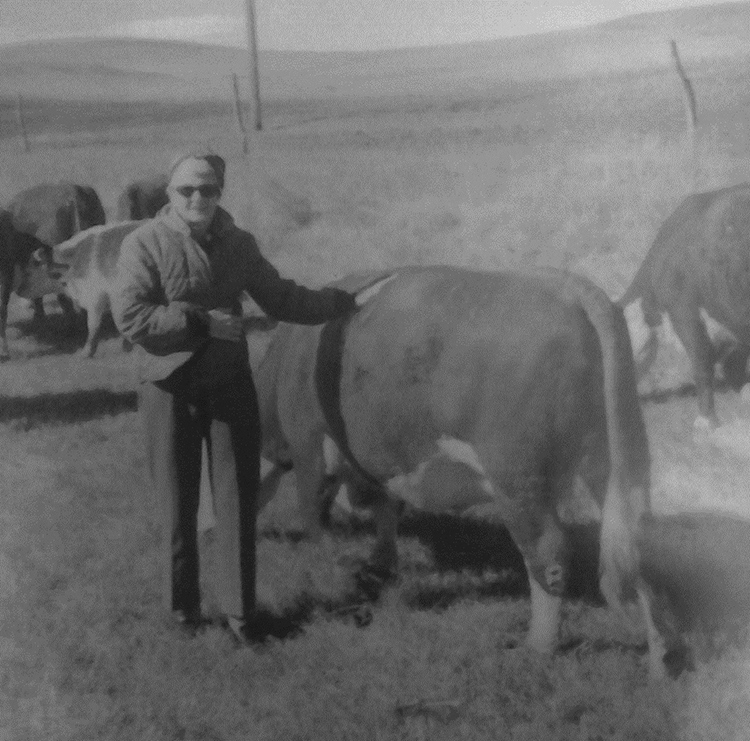 Lettie Lee Uhlman Kellogg was born in Roberts, Wisconsin on December 2, 1890. Lettie’s best friend was her father, James M. “Mac” Uhlman. The family headed out west and homesteaded on Timber Creek in the valley of the Missouri River. They called the homestead, the Bird Head Ranch, and it was built in 1891. Lettie enjoyed ranched with her father, and, in 1911, her father saw a need for better quality stock and set out for Europe to purchase horses-he never returned.

In 1915, Lettie married Thomas Buffum Kellogg from Wisconsin. Thomas and Lettie had two children; however in 1933, Lettie packed up the children and headed back to North Dakota to live her father’s legacy. Lettie then became a single mother, while owning and operating a ranch in the height of the Depression.

She built a 10,000-acre deeded ranch with a sizable herd of Hereford cattle. During WWII, Lettie’s son, Thomas, and son-in-law, Arnold, were drafted, and she lost both her ranch hands.

In 1958, she was forced to sell 2,100 acres of her best lowland for the creation of the Garrison Dam; which would soon inundated Lettie’s hay land, ranch buildings, and home. Lettie embodied courage, grit, determination, and strength through her hardships and loneliness.

Lettie passed away in September of 1978.