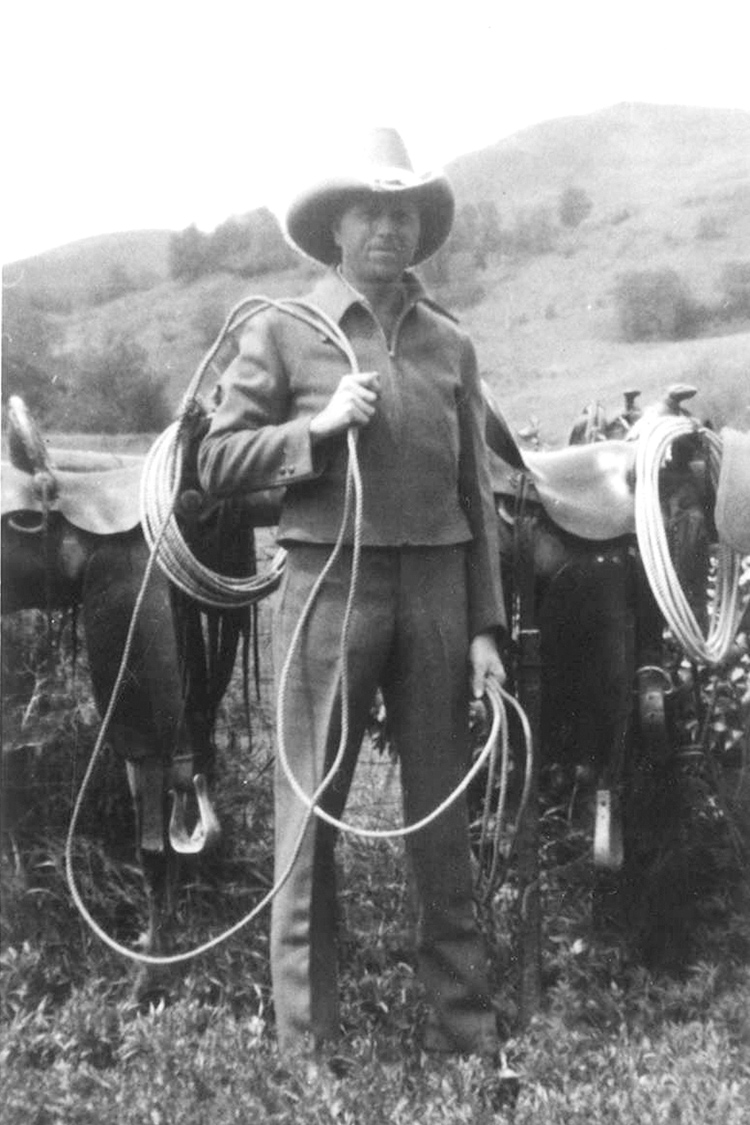 Leo Sorensen was born to pioneer parents on their farm north of Garrison on March 30, 1909. He would live his entire life in North Dakota.

Leo was destined from the beginning to be a cowboy. He went on his first cattle drive while attending grade school, helping move cattle from north of Garrison to the Fort Berthold Reservation. That was the first of many cattle drives and horse roundups over the next several decades.

At age 17, he began leasing land in Dunn County for his cattle. At age 21, Leo started ranching northwest of Halliday where he made his home in a one-room dugout. He kept his pet bull snake, “Ole Joe”, in his dugout to kill packrats. He preferred a bull snake to a cat in the house.

In 1956, Leo began experimenting with raising animals not common to the area. He raised buffalo, highlanders, long horns, Galloway, Brahma and Afrikander cattle. He was a rodeo judge for near 50 years and worked rodeos throughout North Dakota. He loved team roping, an event he competed in well into his 70’s. Leo was known as “The Judge” and was proud of his two Indian names – “Moccasin Foot” and “Hawk Face”.

Leo passed away in December 2000 at the age of 91. The 18th Annual Garrison Rodeo gave tribute to Leo the following summer by featuring the empty saddle and awarding silver buckles to team roping winners which were designed and created by Leo’s grand-nephew, Scot Sorensen. An auction of his personal belongings brought collectors from around the country to see and purchase a part of North Dakota history.