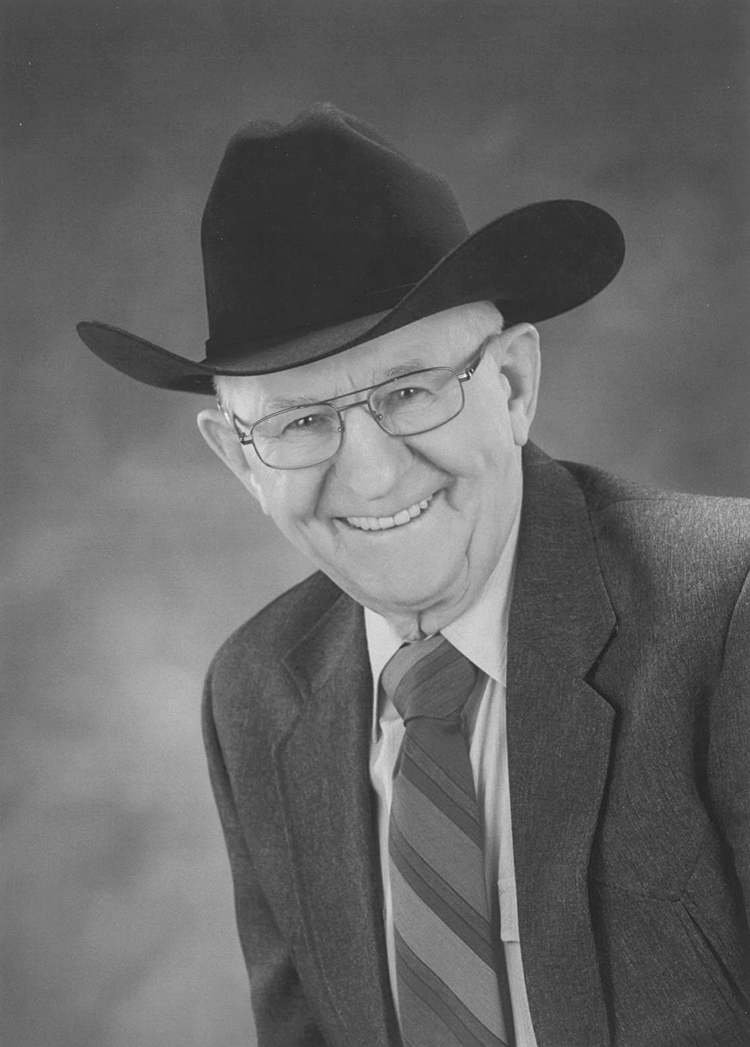 Joseph Schaff was born May 8, 1928 on a small farm southeast of St. Anthony, North Dakota. He was in charge of running the family ranch at a young age. He started his cow herd in 1946 and grew the herd to nearly 800 cows at its peak. To build a quality herd, Joe compiled detailed production records on every registered cow and sought to acquire the best bulls available. He dedicated his entire life to farming and ranching with the passion to establish and promote registered Angus cowherds.

In 1954, Joe purchased the farm that became the famous “Schaff Angus Ranch”. The cow families he developed serve as the foundation herd. He was a pioneer in performance testing, carcass evaluations, and other contemporary herd improvements practices. His herd, ranked #1 for having the most Pathfinder cows in North Dakota, is responsible for producing the largest number of Angus sires among registered herds around the world. The Schaff program has hosted 111 Angus production sale and has sold cattle and semen products to herds in Brazil, Chile, Australia, New Zealand, UK, Argentina, Canada and Mexico. The Schaff Angus Valley Ranch has several bulls leased to or owned with 21st Century Genetics, Select Sires and American Breeders Service.

With his commitment to the Angus beef industry, Schaff has been recognized over the years with the Historic Angus Herd award and numerous Pathfinder Sire awards. He was honored as the 1993 Man of the Year by the North Dakota Angus Association and became the first North Dakotan to be inducted into the Angus Heritage Foundation. Schaff is a Founder of the North Dakota Winter Show and was instrumental in starting the local 4-H Club.

Schaff and his wife, Ruby, are known for their benevolence, including contributions to the Bismarck State College Foundation and University of Mary Heritage Society. In 2005, they established the Joe & Ruby Schaff/Schaff Angus Ranch Scholarship Endowment through the Angus Heritage Foundation. The scholarship is intended to support North Dakota youth pursuing college attendance and to promote the Angus breed legacy for future generations.