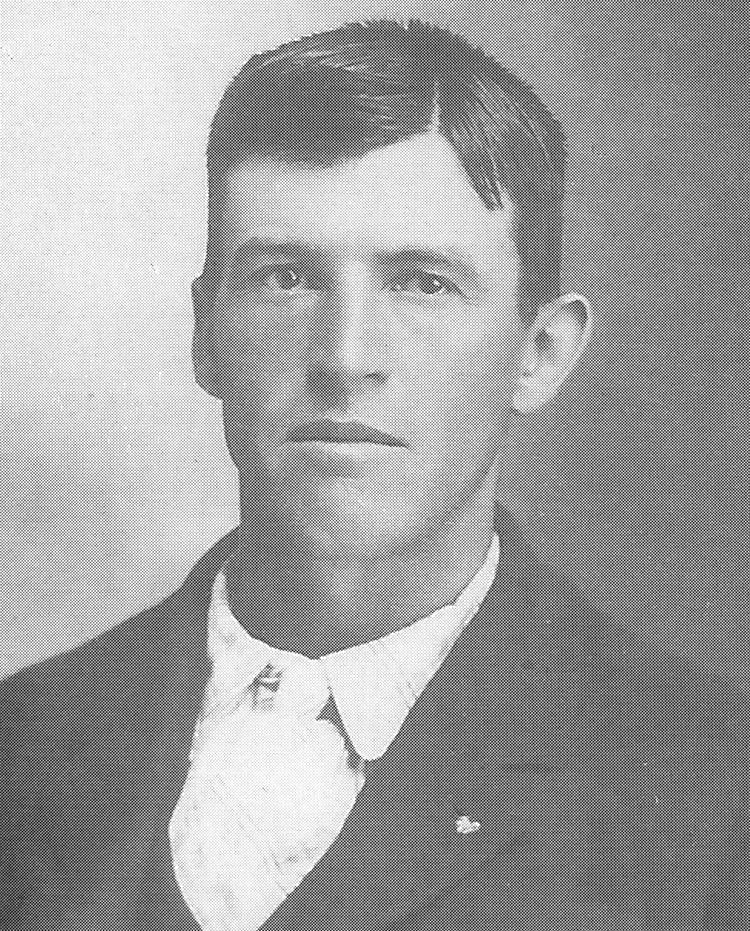 John Goodall came to Dakota Territory via Missouri, Idaho, Utah, Texas and Wyoming. Born in Portland, Oregon, on September 30, 1857, he was the son of Oliver Perry and Louise (Bell) Goodall. He left home when he was 18 to work in livery barns, on overland freighters and in blacksmith shops.

John began trailing cattle in Texas in 1876, an occupation that took him to Wyoming and eventually to the Badlands of North Dakota. He worked well with horses and cattle and was important in the development of North Dakota’s livestock industry. In fact, John was here to see the beginning, the height and the decline of the cattle industry in the state.

By 1883, he was the foreman and livestock superintendent of the Marquis de Mores’ Badlands ranch and foreman for the massive 1884 roundup for the Little Missouri Livestock Association. The roundup, that included 100 riders and 10 chuck wagons, was organized by Theodore Roosevelt of the Maltese Cross Ranch.

John considered Roosevelt one of his close friends. He also scouted the selected route for the Marquis’ prairie stage route from Medora to Deadwood. In October 1884, he rode the Stage Line’s first coach to the Black Hills.
John married Mary Coleman in Kansas City in 1886, with whom he had three children–Winfield, Clara and Oliver. When they arrived back in Dickinson that spring, he operated a livery barn.

When Billings County was organized in 1888, John was elected one of the first county commissioners. In 1890, he was elected Stark County sheriff, an office he held for two terms.In 1891, John and his brother, Brooks, established the Y Cross Ranch, a McKenzie County cattle and horse ranch. While he served as sheriff, Brooks ran the ranch.

In 1903, President Roosevelt appointed John the commissioner-at-large of all the Indian agencies in the area and supervisor of the reservation livestock. By 1912, he was back to the Y Cross where he lived for 19 years until he died of stomach cancer on February 2, 1931, at the age of 74.