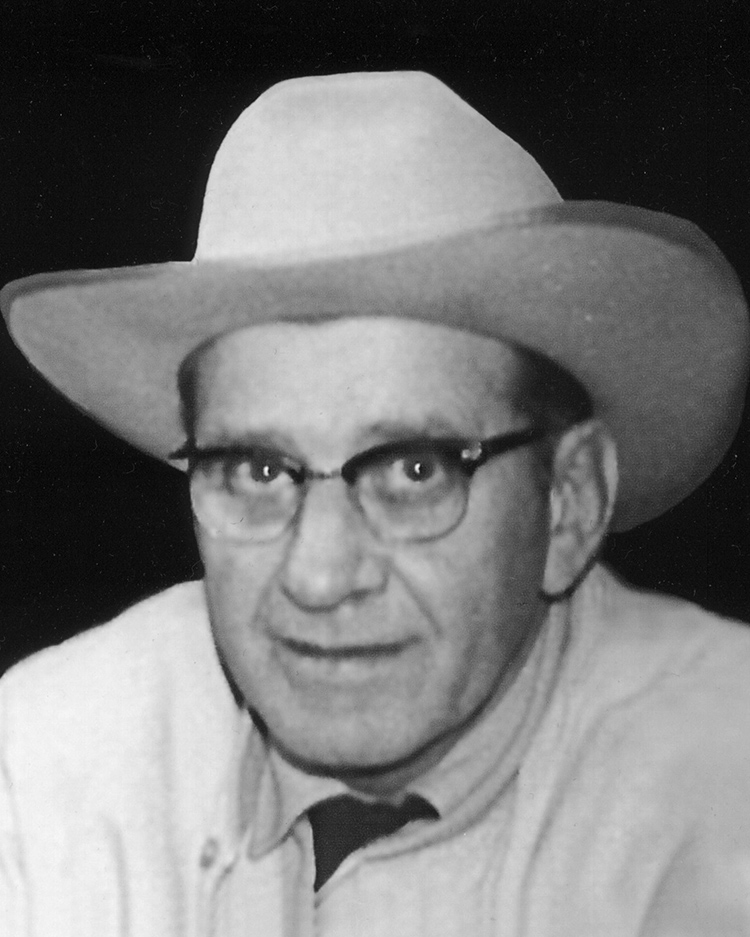 John ‘Johnny’ Quilliam was born December 3, 1905, in Morris, Minnesota. He started his rodeo career at age 14 and, for 16 years, was spurring wildly at local rodeos. He once said that he was never quite as showy in the saddle bronc events.

He tried all of the rodeo events, from saddle bronc riding to team roping, tying and calf roping. From 1919 1940, Johnny entered rodeos throughout southwestern North Dakota, Montana and South Dakota. He started a horse breaking and training business in 1922.

Johnny ran a riding stable and trained cart horses in Rochester, Minnesota, from 1937 1938. He ranched with his father and uncle for a year and then moved to the Killdeer area in 1940. He ranched until 1970, running about 100 horses and 400 head of cattle and preferring to trail his herd of Herefords between Marmath and Killdeer.
He partnered with Louie Pelissier and Gene McCormick in the 1950s and ’60s. He and McCormick took first place in team roping at the Killdeer Mountain Round up Rodeo in 1963, and Johnny won numerous buckles and trophies over the years.

His proudest moments came in 1975 and 1976 when, at ages 70 and 71, he received the trophy for oldest contestant in the Cowboys Reunion Rodeo, Medora, where he partnered with his grandsons.
Johnny started the first Quadrille (a square dance on horseback) at the Killdeer Mountain Round up Rodeo in 1944 and the first polo team in Killdeer. He was active in the ND Stockmen’s Association, Dickinson Elks and Killdeer Masons.

He married Marvel Chapel in 1929, and they had four children. After retiring, they moved to Everett, Washington, where Johnny died in 1981.