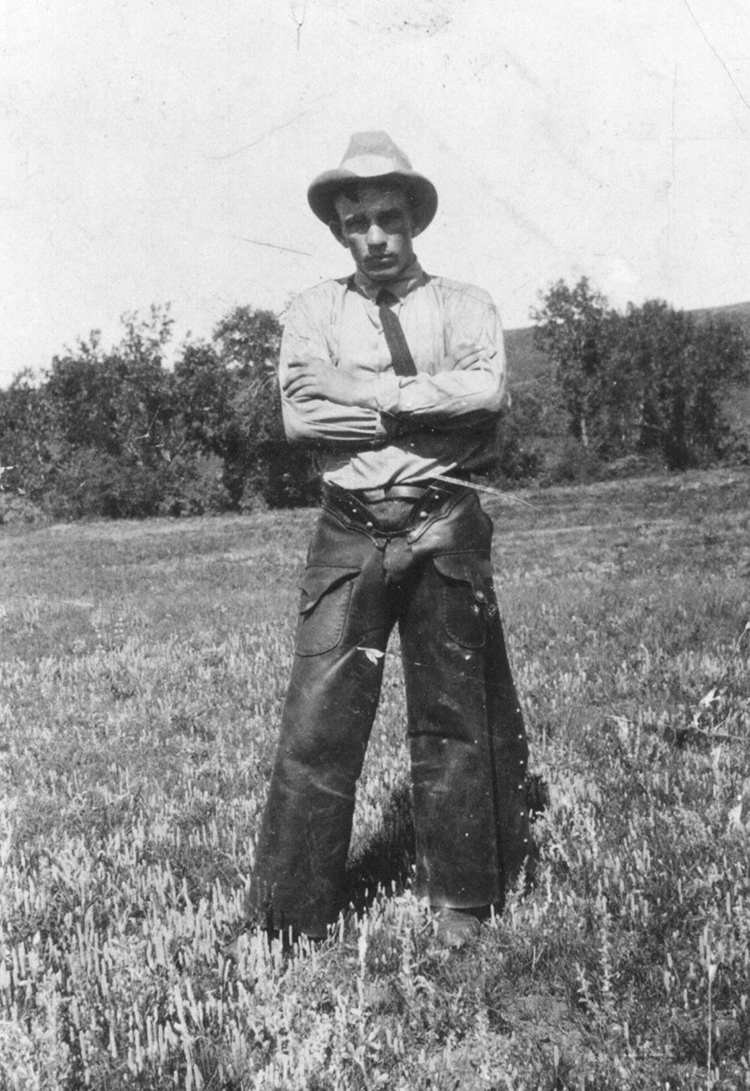 Joseph Frederick Wicks was born May 11, 1902, in St. Paul, Minnesota. He was orphaned soon after birth, came to North Dakota on an orphan train and was placed with the Frederick Fix family in Mandan. In 1912, William Langer became Joe’s legal guardian. Joe was educated in Mandan and at the Catholic monastery in Richardton.

He did general ranch work at most of the large ranches in the area, including the Custer Trail Ranch, the Stiles Ranch and the Cannonball Ranch. Mostly, Joe was responsible for breaking and gentling saddle horses.

Joe went to the Madison Square Garden Rodeo in 1928 and performed as a rodeo clown from 1926-1931, using a coyote in his act. In 1930, he began producing rodeos at Cannonball and Fort Yates, part of that time partnered with John Gates.

He married Marcella Jean Gayton Mentz on July 13, 1924, in Medora, and they had three children. In 1925, the couple moved to Sioux County, where Joe began his ranching, horse dealing and political career. Joe raised horses and Hereford cattle on the 2,700-acre ranch near Cannonball. After World War II, he shipped more than 5,000 head of horses over a two-year period to Europe under a U.S. government contract for the U.N. relief effort. Joe and Marcella operated the Wicks Ranch from 1927-1955.

He was also an auctioneer and was known as an advocate for the rancher and farmer, and his daily contact with them was through his beef and agriculture program broadcast early each weekday morning from KFYR radio, Bismarck.

Joe died on May 2, 1955, in a ranch accident. He is remembered as a colorful, full-of-life rancher who always had a good word for everyone.