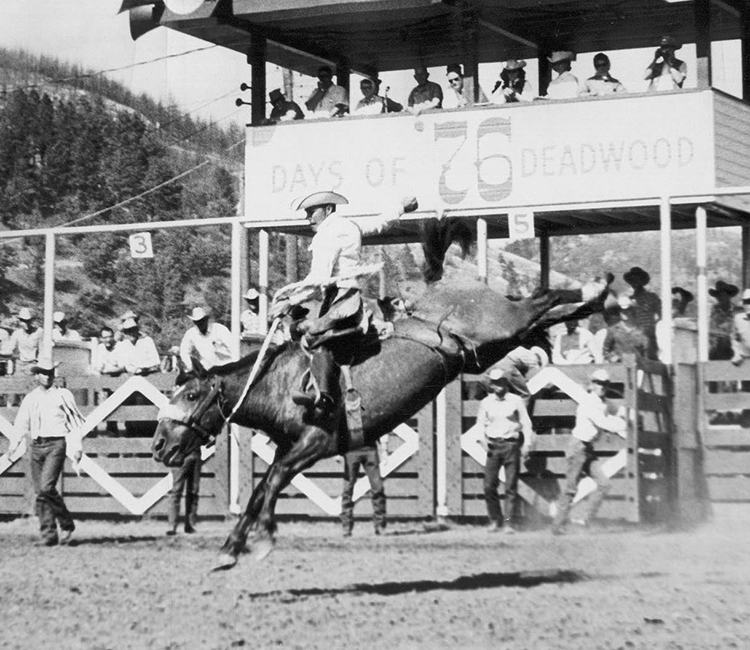 Jim Tescher was one of the country’s premier bronc riders in the 1950s and 1960s. He was one of 15 children of Matt and Antoinette Tescher of Sentinel Butte. Rodeo was a natural as he followed his older brothers, Alvin and Tom, into the rodeo arena in 1945 at age 16.

A member of North Dakota’s famous “Six Pack,” Jim qualified for the first National Finals Rodeo in 1959 and made history by becoming the first saddle bronc average winner. He won the NFR average again in 1963 and placed second in the world saddle bronc standings in 1964.

Most believe he easily could have won the world title several times if he had stayed on the rodeo circuit full time. But Jim Tescher was also a rancher and family man and always said, “The family and the ranch come first.”
Although he won most of the big rodeos–Cheyenne, Madison Square Garden, Calgary and Pendleton–taking care of the ranch and his family forced him to miss many of the big paydays that would have gained him the national title.

In 1957, Jim and his brother, Tom, helped establish the famous Home on the Range Champions’ Ride. He won the nation’s premier matched bronc ride four times (in 1963, 1965, 1966 and 1971). Jim and his wife, Loretta, raised five children on their Badlands ranch north of Beach.
After a serious ranching accident, Jim died on December 27, 2003.