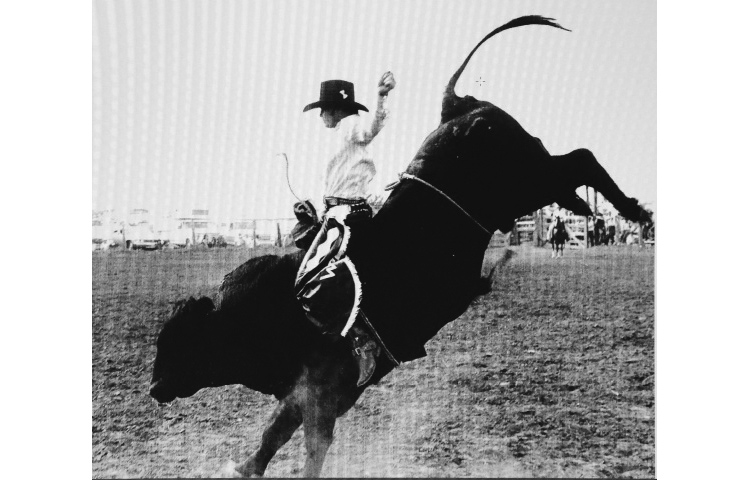 Jerry Weinberger was born in 1947 and raised near Carson, in Grant County.

In 1961, Weinberger made it to the National High School Finals in Valentine, Nebraska. He took some time out for a stint in college and the United States Army. During the 1970s, he won the NDRA bull riding championship four times and placed every year unless injured. Weinberger participated in events sanctioned by the NDRA, SDRA, IRA, RCA and NRCA until injuries caught up with him. He reluctantly retired from the circuit in 1979.

Asking only to be reimbursed for gas money, Weinberger judged many high school rodeos. He and his wife, Robyn, married in 1974. The couple lives near Breien, where they raised their family. They now breed rodeo bulls and run a cow/calf operation.