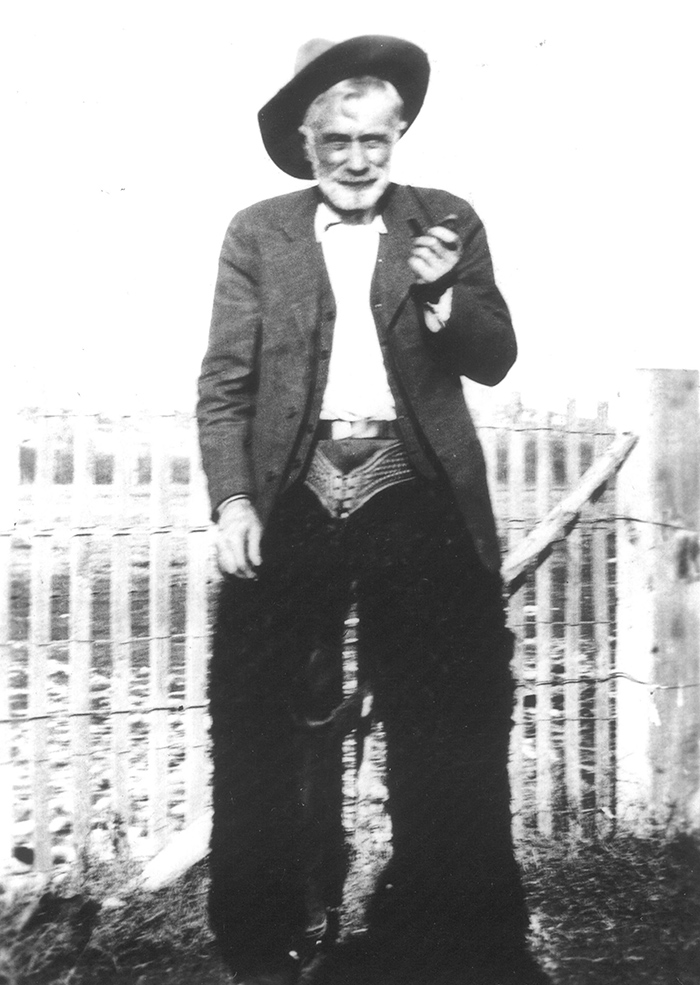 James William ‘Bill’ Follis was born March 19, 1865, on a ranch near Stevensville, Texas. When he was seven, his parents, W.J. and Mary (Hudges) Follis, decided to drive their herd over the trail to Trinidad, Colorado. Young as he was, he rode herd as though he were a grown man.

At age 15, Bill left home, going to New Mexico where he worked two years for a large cattle company. He again got the urge to travel and to see other parts of the west so he headed for the 777 outfit operating in eastern Montana and western North Dakota.

In 1883, Bill took a train to the small town of Keith, about a mile and a quarter east of what is now Wibaux, Montana. He remained in the general area the rest of his life.

Bill was hired by the 777 outfit, owned by the Berry-Boyce Cattle Company of Texas and was promoted to foreman in 1884. He ran about 30,000 head of cattle for the 777 outfit for the next 15 years, when the company closed out its holdings.

In 1888, Bill married Mary Powers at Wibaux. She died in 1897, leaving him with six children. His heritage to them was his courage, honesty and integrity. He was a hard-working man; a man of humor, kindness and generosity; a man who loved life and knew how to enjoy all of it; and most importantly, a man who was loved.

Being called the ‘cowboy’s cowboy’ reflects Bill’s ability and reputation–he knew every phase of cattle raising and had all of the cowboy skills. He bought his first ranch in 1897 while still with the 777.

When the company closed, Bill took up ranching about 20 miles south of Medora on a bend in the Little Missouri known as the Little Ox-Bow. He built his herd to about 1,000 head, taking great pride in his livestock. He later operated a ranch near Sentinel Butte on Bullion Creek.
​
In addition to ranching, Bill served two terms as sheriff of Billings County from 1899 to 1903. He retired in 1928, but later came back to the ranch for another eight years.
​
Finally, at age 73, he retired to Dickinson in 1937. Bill died in 1950.