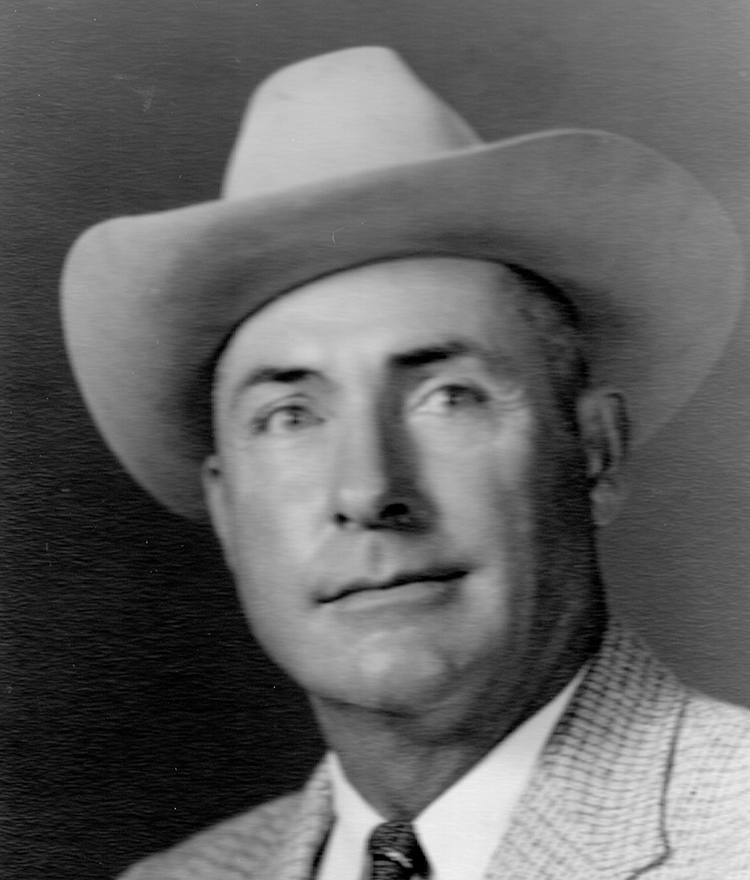 James Louis Connolly was born May 11, 1912 at the family home in Dunn Center, ND. In his early years, James lived and worked on the Two Bar Ranch at Dunn Center. During the winters of the 1930’s and 40’s, he also worked at the cow cap on the Little Missouri River, later purchasing the Al Buchle ranch at Golden Valley, ND. He eventually had 10,000 head of cattle between the two ranches.   James joined his father, William C. Connolly, in forming the North Dakota Stockmen’s Association in 1929, and remained a lifetime member having held terms on the Board of Directors and as president.

Connolly also served on the North Dakota Farm Bureau (Director), the North Dakota Hereford Association, North Dakota Beef Council (President), National Cattlemen’s Association (Director). He was on the Board of Advisors of Assumption College in Richardton, and on the board at Dickinson State College. In addition, James was a charter member of the National Cowboy Hall of Fame as well as the North Dakota Cowboy Hall of Fame.   Connolly served in the North Dakota Legislature for the 33rd and 48th districts and spoke with ease about government encroachment, imported beef, consumer demand, juvenile delinquency, and exchange programs between city and rural youth. He was honored with the North Dakota Stockmen’s Association Top Hand Award in 1989.  In a 1993 letter to James’ wife, Phyllis, Ron Abrahamson (Horizons Magazine’s first Editor) asked if he might have a momento to remember James. He wrote, “Big Jim was a real special kind of hero…I remember thinking, by God, that’s how a real cowboy walks and talks and does things.” Mrs. Connolly sent Mr. Abrahamson James’ “last good hat”.   James L. Connolly died in Bismarck, ND on August 5, 1989.