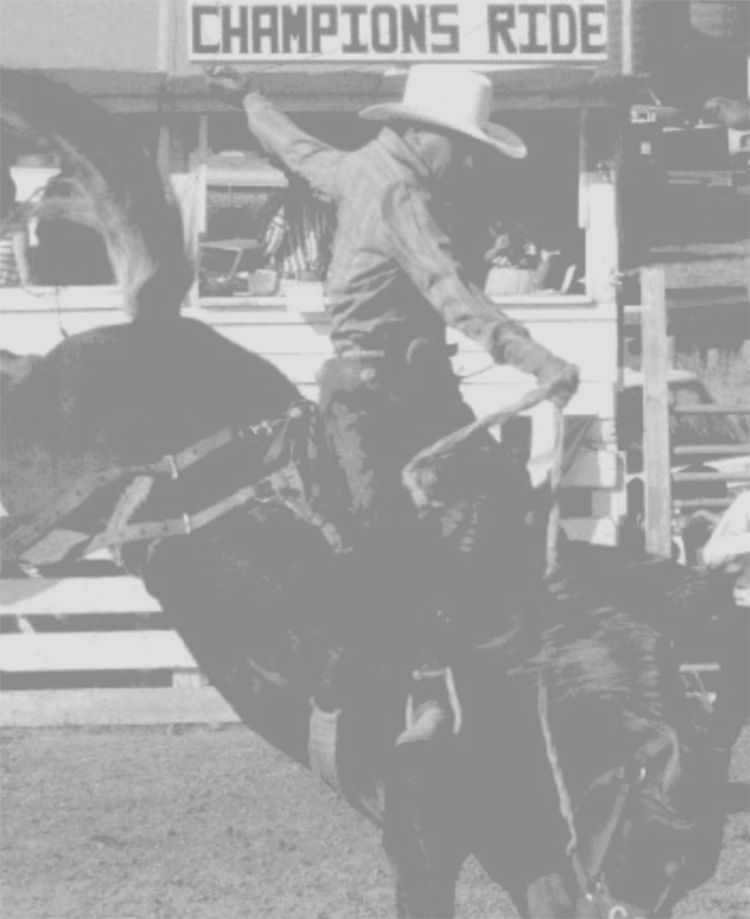 Home on the Range Champions Ride

For generations, families have been making the trip across North Dakota for an afternoon of bronc riding action at the Champions’ Ride Match at Home on the Range near Sentinel Butte. Running since 1957, the rodeo benefits the boys and girls living at Home on the Range, where the rodeo is held. The ranch itself, established in 1950 by Father Elwood Cassedy as a home for neglected and homeless boys, observed its 50th anniversary in 2000.

Nestled in the rolling hills of southwestern North Dakota, the arena boasts natural hillside seating–western, the way it used to be when the sport of rodeo was in its infancy. Cowboys who ride in splendid coliseums and state-of-the-art arenas savor the no-frills atmosphere of the Champions’ Ride. The rodeo spirit seems more alive and the world-class bucking stock performs best at Home on the Range.

Champions’ Ride, one of the nation’s few remaining saddle bronc matches, has been compared to baseball’s all-star game–the best horses against the best cowboys. Others say it is a preview of the National Finals Rodeo, as many of the same broncs and cowboys go on to the NFR.

A partial list of Champions’ Ride Match Rodeo winners reads like a Who’s Who of Rodeo–Alvin Nelson, Duane Howard, Pete Fredericks, Jim and Tom Tescher, Brad Gjermundson, Robert Etbauer, Dan Mortensen and Ty Murray.
When asked why they come to the Champions’ Ride, the cowboys have two answers–the horses and the kids. They appreciate the opportunity to draw famous saddle broncs, but they’re also aware that their participation benefits the residents. Ultimately, it’s the kids who win at this rodeo.